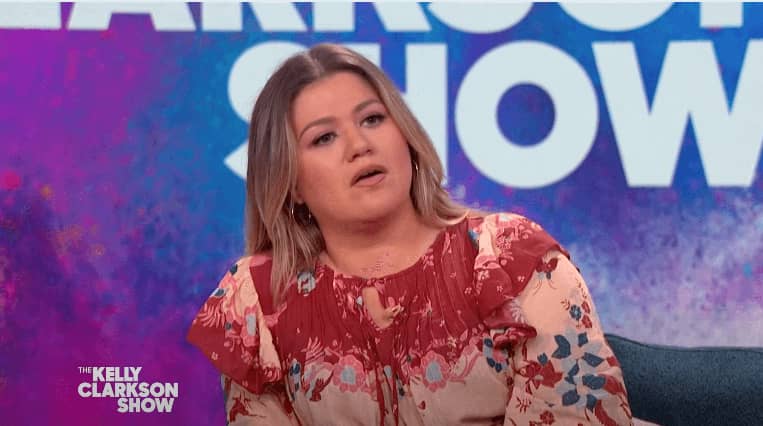 In a recent episode of The Kelly Clarkson Show, Khloe Kardashian stopped by to chat with Kelly Clarkson about parenting. The mother of 2-year-old True even offered some advice on how she and baby daddy Tristan Thompson co-parent. This led Kelly to open up about her own co-parenting situation. She and ex Brandon Blackstock are currently involved in a heated divorce battle.

Kelly and Brandon share two children together, 6-year-old River Rose and 4-year-old Remington Alexander. She filed for divorce back in June citing “irreconcilable differences.” Recently, the pair have been engaged in heated legal battles. Kelly was hit with a lawsuit from the Blackstock’s company Starstruck Management Group. She fired back at the company with her own lawsuit alleging that she is owed “unconscionable fees” for “illegal services.”

After being awarded primary physical custody of the children in California, Kelly and Brandon still have to co-parent their children. “You speak about co-parenting, and I’m doing that right now too,” Kelly said to Khloe on The Kelly Clarkson Show. “It’s tough… I know with me and Brandon, it’s just a difficult thing because we’re in different places, and it’s like, we both agree on the main things, but it’s a hard thing when you’re not together all the time, for me personally.”

“My parents were the most perfect example,” Khloe said. “I was really blessed and fortunate to have that as my example and to see that. And even with my step dad, the integration of all of that and how my dad and stepdad dealt with one another was really such a beautiful thing to witness.”

Kelly And Brandon Are Dedicated To Focusing On Their Children

Khloe said that no matter what, she and Tristan and even her sister Kourtney and baby daddy Scott Disick always try to keep it about the kids. Kelly agreed with Khloe when she brought up a point about how natural mommy instincts take over and make her feel like she always knows what’s best for her kid.

Khloe gave an example about how she wanted to give True her first haircut but Tristan was not on the same page. She ultimately decided against giving True a haircut after Tristan consulted with her brother Rob Kardashian. Rob talked Khloe out of it and she realized she is not going to win every battle or argument in the house.

“That’s what Brandon and I focus on too, as long as you make sure it’s about the children and their best interests, then we’re both on board,” Kelly added. Kelly has kept herself busy as she gears up to coach another season of The Voice. Check out the video below for more on how she became the queen of talent.

Brandon currently lives in Montana and travels back and forth to co-parent with Kelly. River and Remington spent Thanksgiving and Christmas with Brandon before they headed back to California to spend New Years’ with Kelly.