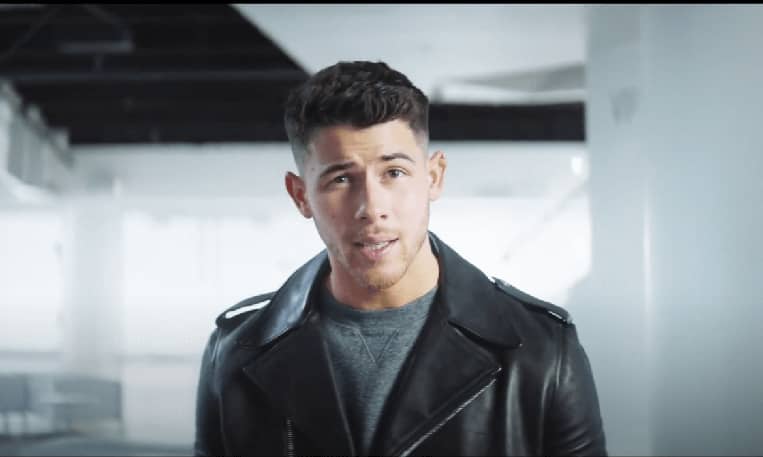 In a world full of self-driving cars and robots that can vacuum, Nick Jonas is raising awareness for an easier way to check your blood sugar levels. The 28-year-old ‘Voice’ coach has Type-1 diabetes. He is currently starring in an ad for Dexcom G6 Continuous Glucose Monitoring Service which will air during the Super Bowl.

In the commercial, Nick explains that people with diabetes still use the finger pricking method to measure their glucose levels. Nick has made the switch to using Dexcom G6 which is a more updated technology that does not require finger pricking. A tiny wire is inserted under your skin with a sensor placed over it. A transmitter connects to the sensor and displays your glucose levels on your mobile device.

“I try to be transparent because I feel like I’ve got a really special opportunity to be a recognizable face for both young people and older people who live with this disease and show that it is possible to live a normal life,” Nick said in an interview with Adweek. “Being able to just pull my phone out—which I look at more than I probably should anyway—and just right there have my numbers, my readings, where I’m headed, where I’m trending—it’s an incredible tool.”

Nick spoke to Entertainment Tonight back in 2015 about how he did not know much about diabetes when he was first diagnosed at the age of 13. This came just as his career with The Jonas Brothers was kicking off. Even then, he sang the praises of the Dexcom G6 Glucose Monitor which he said: “makes it that much more simple.”

Nick Credits His Wife For Helping Him Through Health Battles

Nick praised his wife Priyanka Chopra for being so helpful when it comes to monitoring his glucose levels. “A big life change for me was getting married and having a partner I share everything with, and that includes sharing my Dexcom numbers,” he said. “She’s in London right now working on a project there, so to be able to be thousands of miles away but still have that reassurance in the middle of the night that I’m not going to drop low is a good thing for her and me.”

Nick and Priyanka first got married in 2018 and have had quite the whirlwind romance. Check out the video below for a full relationship timeline of their epic love story.

Dexcom is also adding a feature to create the illusion that fans are watching the Super Bowl with Nick Jonas. Fans can choose a video of Nick and CGI technology will be used to edit fans into the video to make it look like they are literally standing next to Nick. How cool is that? Nick will also be returning to Season 20 of The Voice premiering on March 1.