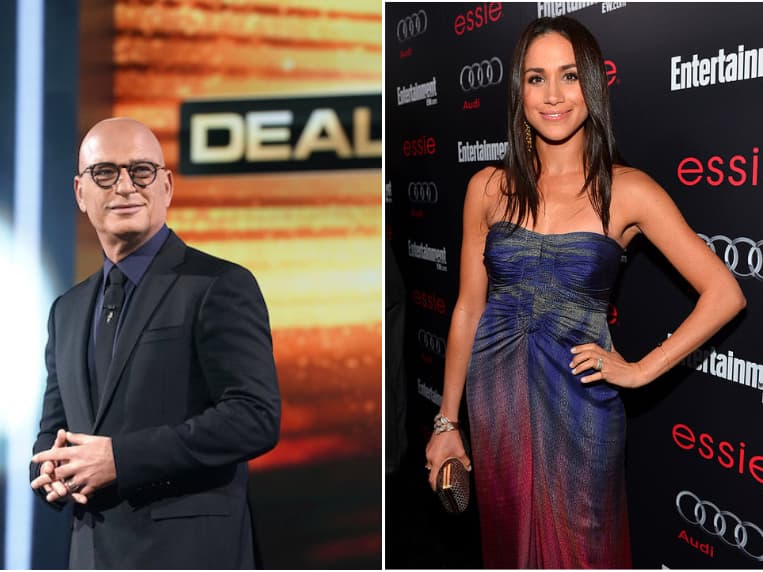 Meghan, Duchess of Sussex (also known as Meghan Markle) recently opened up about her experience on the game show Deal or No Deal. She was a “briefcase girl” on the show in 2006, and has since looked back at the memory, saying that the role “was solely about beauty.”

Meghan Markle Talks About Deal or No Deal

In a recent episode of her podcast Archetypes featuring an interview with Paris Hilton, Meghan said she recently caught an episode of Deal or No Deal on television, which “brought back a lot of memories.” As an aspiring actress at the time, she was glad to have a job that paid her bills.

However, she said she would think back to studying International Relations and being an intern at the U.S. Embassy in Argentina, where she was “valued specifically for my brain.” On Deal or No Deal, she was “valued for something quite the opposite.”

“There was a very cookie-cutter idea of precisely what we should look like. It was solely about beauty — and not necessarily about brains,” Meghan said, recalling a woman who worked on the show telling her to “suck it in” before she went on stage.

She ended up quitting the show, saying, “I was thankful for the job, but not for how it made me feel, which was not smart.” Meghan added that she was “surrounded by smart women on that stage with me, but that wasn’t the focus of why we were there.” She said she “didn’t like being forced to be all looks and little substance.”

Does Howie Mandel Remember Her?

America’s Got Talent judge Howie Mandel was the host of Deal or No Deal. However, Mandel has said that he has “no memory” of Meghan’s time on the show. In an interview with Piers Morgan earlier this year, he made the admission.

“I’m going to be totally honest with you,” Mandel said. “I had absolutely no memory of her. I did not remember until she was dating Harry and people started saying, ‘What can you tell us about Meghan?’ and I would say, ‘Who is Meghan?’”

Mandel also shared on his own podcast that he was ready to quit Hollywood when he was offered the hosting gig on Deal or No Deal. He initially didn’t want to do it, thinking he was “being humiliated,” but his wife Terry encouraged him to take the job, and the rest is history.