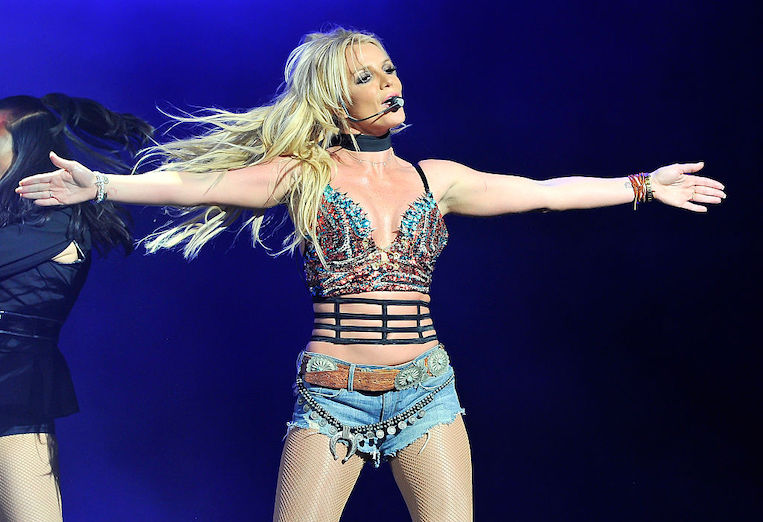 Former X Factor USA judge Britney Spears has returned to music with the help of legendary artist Elton John. The funky track is a new take on John’s famous song “Tiny Dancer,” which was first released in 1971.

Spears’ collaboration with John was announced earlier this month. This is Spears’ first new music release since her conservatorship ended last year. The new track “Hold Me Closer” is similar to John’s duet with Dua Lipa “Cold Heart,” which uses parts of “Rocket Man” and other John songs.

“Hold Me Closer” features elements of John’s songs “The One” and “Don’t Go Breaking My Heart,” as well as the chorus of his song “Tiny Dancer.” He and Spears combine their voices on the track, which has a danceable beat.

Earlier this week, Spears tweeted her thoughts on the project, writing, “Okie dokie … my first song in 6 years … It’s pretty damn cool that I’m singing with one of the most classic men of our time … I’m kinda overwhelmed… it’s a big deal to me !!!”

“I’m learning everyday is a clean slate to try and be a better person and do what makes me happy … yes I choose happiness today,” she added. “I tell myself every day to let go of the hurt bitterness and try to forgive myself and others to what may have been hurtful.”

SEE ALSO: FREE BRITNEY’S BEST INSTAGRAM VIDEOS SINCE THE END OF HER CONSERVATORSHIP

John Shared His Thoughts on the Collaboration

Elton John told The Guardian that inviting Britney Spears to collaborate on the “Hold Me Closer” project was his husband David Furnish’s idea. John said he’s been a fan of Spears for a long time, sharing, “She just put out incredibly brilliant records. She sang and danced so beautifully.”

“I’m so excited to be able to do it with her,” John told the publication, “because if it is a big hit, and I think it may be, it will give her so much more confidence than she’s got already and she will realize that people actually love her and care for her and want her to be happy. That’s all anybody in their right mind would want after she went through such a traumatic time.”

John was also reminded of his own struggles, saying, “It’s hard when you’re young. Britney was broken. I was broken when I got sober. I was in a terrible place. I’ve been through that broken feeling and it’s horrible.”

The legendary singer said he’s glad to be able to help fellow artists like Spears. He explained, “They deserve to be happy and to be loved and to have an affirmation from someone like me.”