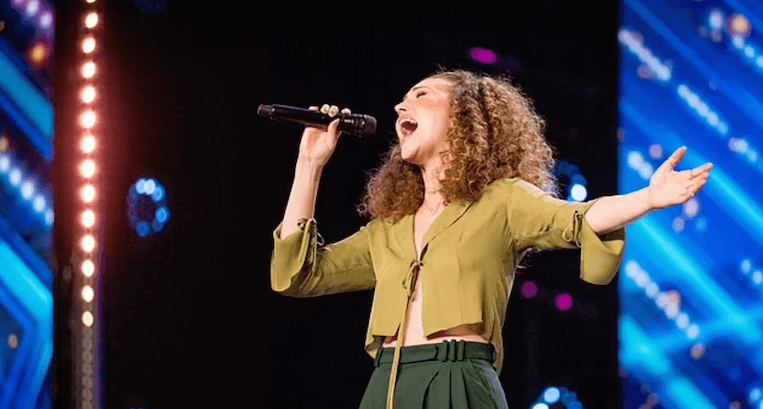 Britain’s Got Talent returns to iTV this saturday with an extremely familiar voice. 32 year old Loren Allred, known as the vocalist behind “Never Enough” in The Greatest Showman is reportedly set to appear on the return of BGT on April 16.

“Never Enough” is normally the kiss of death for many contestants on competition series. It’s a vocally demanding song that many singers are unable to execute flawlessly. First look photos feature Allred belting, so BGT fans immediately knew which song she would audition with. It’s been reported that Allred brings judges Amanda Holden and David Walliams to tears during her audition of “Never Enough.”

Is It Fair For Her to Sing The Greatest Showman Hit In The Competition?

This audition once again brings up the argument of the fairness of the overall competition. Since “Never Enough” is an insanely popular song, is it fair for Loren Allred to audition for BGT? While the audition itself has not been released to the public, behind the scenes information has.

It’s been reported that the singer explains herself ahead of the audition. She comes clean about being the singer behind The Greatest Showman track, but expresses that she wasn’t ready to show her face with the song. She’s hoping to gain the recognition the film never gave her.

“Even though I have spent a lot of years in the music industry, people don’t know who I am. Over all these years I’ve been fighting for my chance to be known and to make it,” Allred reportedly says. “The opportunity to sing “Never Enough” evolved from being a session singer in the choir, and even though the song was a big success, people still think that the actress sang it.”

The singer clarified that she is an unsigned, independent artist in current day. She purely joined the series to create a name for herself. Longtime fans of Britain’s Got Talent are concerned that Allred’s inclusion is a fix in the competition, since she’s reportedly performing the song from the film.

I think her inclusion in the series is a slippery slope. While I can’t wait to hear her perform this song, I think it’s the song itself that makes it feel unfair. Fans have said for years that Allred is the only person who should sing “Never Enough” on the stage, so at least we can now say we’ve gotten that.

Before The Greatest Showman, Allred was originally featured as part of Team Adam on The Voice. She auditioned for the series in season three (2012) singing “When Love Takes Over” by David Guetta. Her vocals turned the chairs of coach Adam Levine and CeeLo Green. This singer succeeded through both the Battle and Knockout rounds. She was eliminated in the Live Playoffs Top 20. Her performance of “All Around The World” by Lisa Stansfield didn’t earn her enough votes to continue. Levine chose to save Melanie Martinez instead of Allred.

This singer’s time on the voice confirms that she’s always had the impressive vocal range, but needed to build her vocal endurance to show it off. Following The Voice, Allred was brought on to the recording ensemble cast of The Greatest Showman in 2014.

Ahead of the series, Allred had uploaded videos to YouTube while attending the Berklee College of Music. During that time she was discovered by Ne-Yo and landed a record deal with Island Def Jam. There are no songs released by this label present on her streaming platforms. It seems like she had left the company before competing on The Voice.

Britain’s Got Talent returns to iTV on Saturday, April 16 from 8 to 9:25 p.m. GMT. The series returns to iTV for its second episode on Sunday, April 17 from 7:35 p.m. to 9pm GMT. Following the premiere, BGT will continue to premiere weekly on both Saturdays and Sundays.