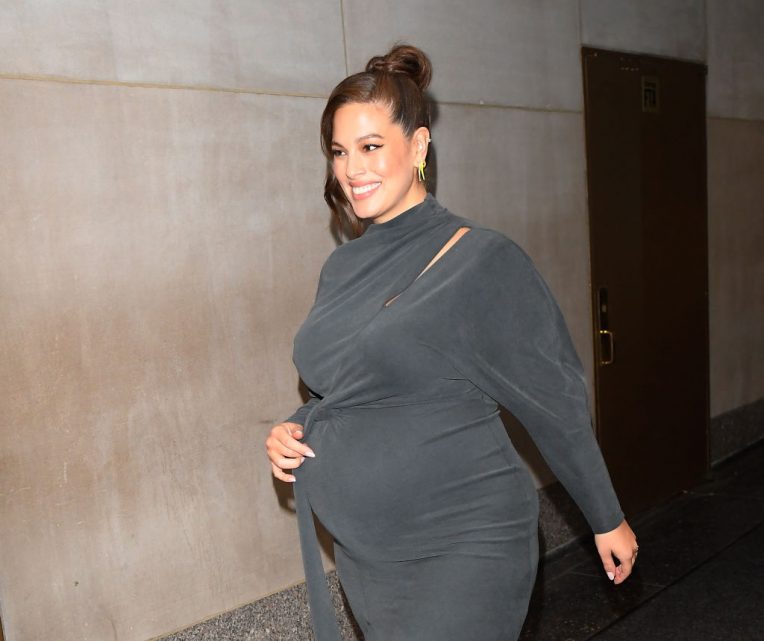 Model Ashley Graham isn’t shy about sharing some of the more intimate moments of motherhood, and that includes breastfeeding. Ashley recently posted an Instagram video of herself nursing her baby son Isaac.

It’s not the first time Ashley has shown herself breastfeeding on social media. This time, she even chatted with fellow moms in the comments. Check out the video below, and read on to find out what she said.

Ashley posted the clip of herself nursing her son Isaac, and captioned it, “perfect morning with my sweet lil man.” She added that they were planning to go sledding in the New York City snow.

Isaac turned one year old last month. Ashley celebrated his birthday by sharing photos from her pregnancy and home birth. Isaac is Ashley’s first child with her husband Justin Ervin.

Along with the breastfeeding video, Ashley also posted a clip of baby Isaac’s legs as he kicked beside her. Regarding the first video, a number of fellow moms in the comments remarked on the way Isaac was grabbing at Ashley’s breast as he nursed.

Ashley Talks To Moms In The Comments

“This is where you get tiny cuts from those baby nails lol! Happened to me all the time,” one commenter wrote, to which Ashley Graham replied that “my boobs are like a battle field of Isaacs claw marks!”

Another commenter wrote, “my fav part is how casual babies are on the tiddy.” Ashley replied,  “just straight chillin!” Meanwhile, another mom said she was jealous that Ashley was still able to breastfeed after a year.

“I think I’m starting to dry up,” Ashley replied. “I def don’t have as much milk as I did before. It’s all such a wild experience!”

Last year, Ashley posed nude with baby Isaac for Elle magazine and opened up about the mom-shaming she’s experienced for posting about motherhood on Instagram. The model has been open about showing her stretch marks and sharing herself breastfeeding or pumping.