The Best Moments You Probably Missed on The ‘DWTS’ Season 31 Finale
June 5, 2022
Be the First to Comment 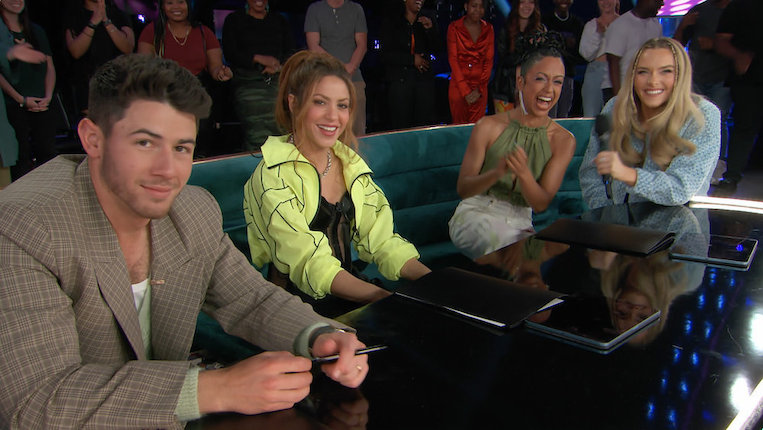 With a brand new series, comes a new set of judges. Even though two of three judges have been seen on other talent competitions, they bring something entirely new to this panel. Which Dancing With Myself judge are you? Take this quiz to find out.

The panel of Dancing With Myself features three large names in the entertainment industry, Shakira, Nick Jonas, and Liza Koshy. While all of the judges are different, they bring their personal knowledge of dance to the table for this new series. Each judge brings a different skill set and dance experience to the table.

Dancing With Myself features dancers that may not have been in the spotlight on other series. These dancers include people such as a jiu jitsu instructor, student, teacher, construction worker, and more.

Answer some questions about yourself to find out which of the Dancing With Myself judges you truly are. Are you the bubbly Shakira, intelligent Jonas, or hilarious Koshy? Take this quiz to find out.

Shakira Fans Love Dancing With Myself

Before Dancing With Myself‘s premiere, fans took to social media to share their excitement for the series. As expected, Shakira fans were very excited to see her on NBC once again. Ahead of this series, Shakira appeared on The Voice for season four (2013). After taking a break to concentrate on her albums and songwriting, Shakira rejoined the show for season six (2014). Unfortunately, she did not return after this appearance. Since it had been a long time since Shakira sat as a judge on a competition, her fans are going wild over this series. Days before the Dancing With Myself premiere, fans found a clip of Koshy and Shakira teaching a dance to the sped up version of “I Like it Like That.”

Fans are excited to see more of this new dance series in the coming weeks. It’s now clear that the previews weren’t lying when they said this series is a lot of fun. Dancing With Myself premieres weekly on NBC following America’s Got Talent.