Haven’t We Seen This Before? Did Val Chmerkovskiy Rip Off A Dance in The ‘DWTS’ Finale?
September 16, 2021
Be the First to Comment 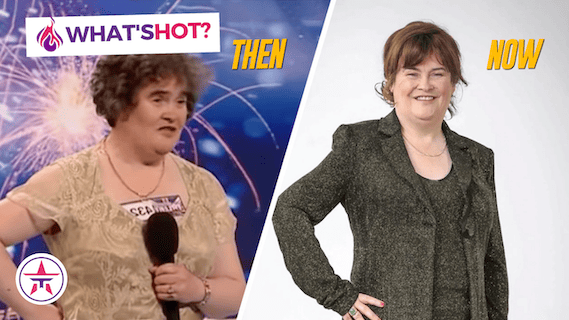 This Britain’s Got Talent contestant made history as one of the first viral videos ever. She became Got Talent‘s first superstar, and is the reason many people watch the franchise today. It’s been 12 years since she auditioned for Britain’s Got Talent, what is she up to today?

I’m sure I don’t need to remind you guys of this audition. At the time, Susan Boyle was 47 years-old, and really impressed the judges and audience with her amazing voice. Even though she didn’t win the show, she immediately rose to fame soon after. People found her audition video on YouTube and became immediately obsessed with her.

What Has She Done Since ‘Britain’s Got Talent’?

Soon after her time on BGT, she released her first studio album, which quickly became the U.K.’s best-selling debut album of all time. In her first year in the spotlight, she made 5 million pounds, which is about $6.9 million. After the success of this album, she went on to release her second studio album. This album helped her become the third artist ever to top on the U.K. and U.S. charts twice in the same year.

Since her first album, she’s gone on to release six more. Her most recent album was released in 2019, and something tells me she’s not finished there.

On top of her album success, she has been able to meet some of her favorite stars, and even perform with them. In 2009, Boyle performed with Elaine Paige. The same person that she said she wanted to be as successful as during her original audition. Then, in 2012 she performed alongside Donny Osmond on Dancing With The Stars. The two sang a beautiful duet, but fans noticed she was a lot more nervous than usual during it.

In 2013, Boyle was diagnosed with both Asperger’s Syndrome and Type 2 Diabetes. She was always known as the shy BGT contestant with an amazing voice, so neither of these diagnoses affected her as a performer. To today, she is still kicking it in the music industry and even made a return to the Got Talent franchise.

What is Susan Boyle Up To Today?

Despite her popularity and new found earnings she is currently single and hasn’t really dated much. Other than a fling in 2014, Boyle has not had a public lover. As of 2019, it seems like she is happily on her own.

“If I had a man friend it would be purely platonic – I’ve been on my own too long now to get married,” said Boyle.

But that doesn’t mean she doesn’t want kids. In 2019 Boyle talked about how she regrets not having children of her own. She also shared how she would love to be a foster mother since she has plenty of space in her home.

Boyle is currently living in a renovated version of her childhood home. When she made enough money, she bought and renovated the home. So although it was the home she grew up in, it isn’t exactly the same. In the past year, she’s spent plenty of time in her newly remodeled home. She’s laid pretty low since the beginning of the coronavirus pandemic since she is diabetic.

As of 2021, Susan Boyle has an estimated net worth of 22 million Euros, which is equivalent to over 30 million US Dollars. She has sold 19 million records and has had two Grammy nominations in her career. Recently, her song “Wings To Fly” was picked to be played during the opening ceremony for the 2020 Tokyo Olympics.