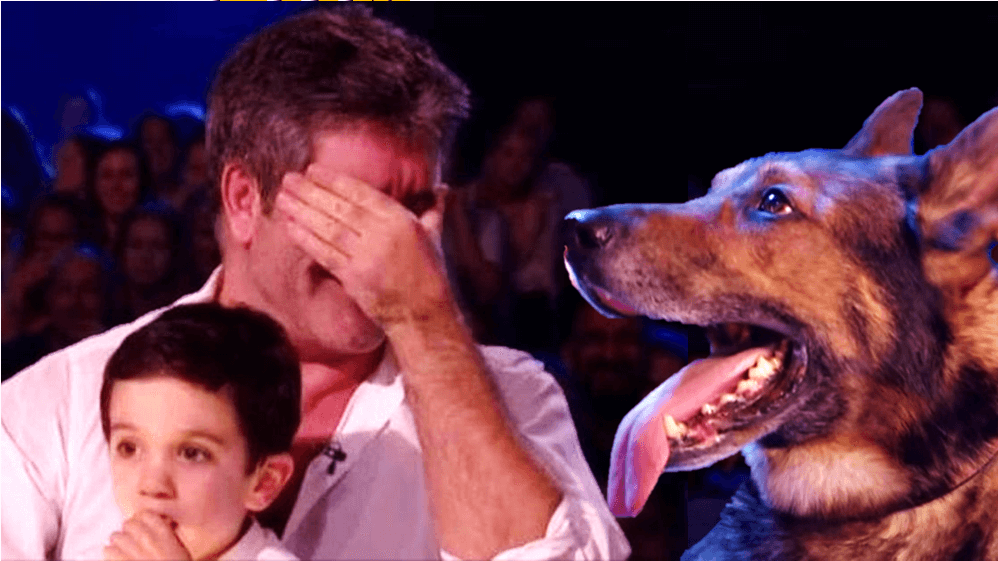 In his time as a judge on talent shows like American Idol, X Factor, and AGT, Simon Cowell has earned the nickname “Mr. Nasty.” Many viewers remember his harsh critiques, or times when he clashed with contestants.

However, in recent years, Simon has shown a softer side. He’s been known to get emotional over particularly moving performances and heartwarming stories. In fact, he’s even been brought to tears a few times.

It’s no secret that Simon loves dogs. So it shouldn’t come as much of a surprise that he loved this BGT magic act, featuring a former police officer and his canine partner. Finn saved Dave’s life and nearly died in the process. As this story was told on screen, Simon could be seen tearing up. Dave and Finn ended up in the finals.

This X Factor contestant performed “Jealous” by Labrinth, and revealed that he had lost his best friend a couple of years before. Simon could be seen holding back tears throughout the performance. As Cheryl gave her tearful critique, Simon was also quietly crying. He was so choked up, he had them go to vote without him giving a critique. Afterward, he walked off alone, clearly emotional.

In the AGT semifinals, this young singer sang “Yours” by Ella Henderson while her father was in the hospital with colon cancer. After the performance, Simon called her voice “beautiful,” and added, “Your dad is gonna be so proud of you.” As host Tyra Banks pointed out, you could hear that he was choking up as he said it.

WATCH SIMON COWELL CRYING LIKE YOU’VE NEVER SEEN HIM BEFORE

Simon hit the Golden Buzzer for this AGT singer, who shared his story of working as a pediatric mental health nurse and adopting five children. When he performed James Bay’s “Us” in the semifinals, Simon was so emotional that he asked Tyra to come back to him after a minute. She insisted that he share his thoughts, which he did tearfully.

Simon recently broke down crying on the finale of X Factor: Celebrity after watching the finalists perform a charity cover of “Run” by Snow Patrol. The song benefited two children’s charities close to Simon’s heart. Simon couldn’t even speak, and his partner Lauren Silverman ran up and gave him a hug.