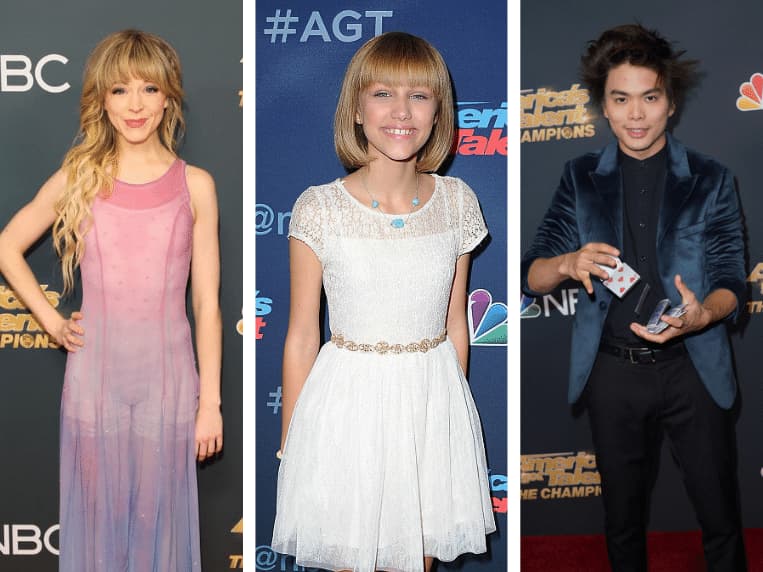 Over the years, quite a few AGT contestants have gone on to have flourishing careers, whether or not they won the show. You don’t have to receive that million-dollar prize to be successful, although it certainly doesn’t hurt.

Let’s take a look at 10 of the most successful contestants to ever appear on America’s Got Talent, and what they’ve accomplished since their time on the show.

This singer won Season 5 of the show and has since released several albums. In 2011, his self-titled album reached No. 13 on the Billboard chart. Michael has also opened for Fleetwood Mac star Stevie Nicks in concert.

You might not even realize this hip-hop dance group appeared on the show in Season 2. They were cut in the Vegas round, but that didn’t stop them from achieving success. The next year, they won America’s Best Dance Crew. They’ve since become the first dance group to headline a Vegas show.

Mat was the first magician to win AGT in Season 9. He’s since gotten a theater named after him in Las Vegas, where he continues to perform. In 2016, his show was named “Best Magic Show in Las Vegas.” Mat also had a two-hour TV special called Mat Franco’s Got Magic on NBC in 2015.

This talented impressionist reached the Semifinals of AGT Season 6. But just because she didn’t win, that doesn’t mean she stopped chasing her dreams. Melissa joined Saturday Night Live in 2016, and she remained part of the cast until 2022. She’s the first Latina cast member to be promoted to the repertory players.

This young singer earned the Golden Buzzer and ended up winning AGT Season 11. She’s since released an album and two EPs, and she opened for Imagine Dragons on tour. Grace is also breaking into the acting world, as she starred in the Disney movies Stargirl and Hollywood Stargirl.

This magician won Season 13 of the show for his amazing sleight of hand routines. Shin went on to win America’s Got Talent: The Champions, and he has his own show in Las Vegas, where he continues to perform. He’s also returned to the AGT stage several times as a guest performer.

This young singing ventriloquist won Season 12 of AGT with her adorable puppets. Since then, she’s had a holiday special on NBC and gone on multiple tours of the United States. She even appeared on AGT: The Champions and came in second place. Recently, Darci starred in the Netflix movie A Cowgirl’s Song.

This dancing violinist made it to the Quarterfinals of Season 5. She’s since made a name for herself on YouTube, where she has over 13 million subscribers. Lindsey has released several albums and gone on multiple tours in the years since AGT. She even finished second on Dancing with the Stars in 2017.

This young singer came in second place in Season 5, showing off an incredible classical voice at just 10 years old. She has since released several studio and live albums and was the youngest solo artist to go platinum. She later competed on AGT: The Champions. Recently, Jackie released an album of Joni Mitchell covers.

This ventriloquist won Season 2 of AGT and has gone on to have an incredibly successful career. After the show, he signed a five-year, million-dollar contract with the Mirage in Las Vegas, and he even had a theater named after him. Terry is still performing in Vegas to this day. In 2018, he was named one of Forbes‘ Top 10 highest-paid comedians.