Who is the Avocado? ‘The Masked Singer’ Prediction & Clues!
October 15, 2022
Be the First to Comment 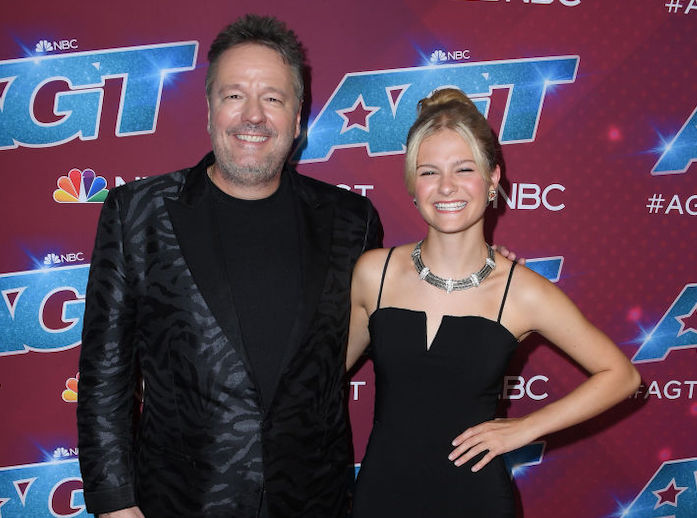 America’s Got Talent has been on the air, bringing us fun, impressive, and moving acts since 2006. With talents ranging from singing and dancing to magic and comedy, every season has its own standout acts. But in the end, only one remains each summer.

Here is a look at the top 10 most successful America’s Got Talent winners ever.

Winners of the only season of America’s Got Talent: Extreme, which Simon Cowell has mentioned will not return, Alfredo Silva’s Cage Riders definitely brought the extreme. That means they’ll forever be the ONLY AGT: Extreme champions! We’re looking forward to what they’ll do next because this is an act that has to be seen live.

Brandon was the first spoken word poet to earn a Golden Buzzer and win America’s Got Talent as a whole. Since his 2020 win, Brandon has performed all around the world. He also signed with United Talent Agency and is the producing partner and contributor to the web series, HATE: WHAT ARE YOU GOING TO DO?. He recently had a special air on the CW called “Brandon Leake: A Family Affair” in June of this year.

Kodi’s Golden Buzzer on America’s Got Talent instantly went viral, with the nation falling in love with his story and talent. Kodi is easily one of the most memorable and inspirational America’s Got Talent winners. Following his win, Kodi Lee has been performing and releasing original music, including his newest single, “Miracle.” He is part of the America’s Got Talent Las Vegas LIVE show and continues to be active on social media, with over 1 million followers on TikTok.

Since her big win, Darci Lynne has appeared on The Ellen DeGeneres Show, Today, Nickelodeon’s Kids’ Choice Awards, Little Big Shots, Kids Baking Championship, and numerous television specials. She even had her own Christmas special on NBC! In 2018, her 52 date tour began, Darci Lynne and Friends Live. Since it was such a success, she recently started a second tour in February, Darci Lynne and Friends: Fresh Out of the Box.

Season 13 winner Shin Lim has quite the resume. Not only did he win AGT, but he also went on to win America’s Got Talent: The Champions. His appearances on these shows, as well as Penn & Teller: Fool Us, have proven him to be one of the best at what he does. He is currently headlining a show at The Mirage Theatre in Las Vegas, Nevada.

Mat’s personality-driven, sleight-of-hand style of magic won over the judges and viewers at home, so it’s no surprise that he’s one of the most successful AGT winners to date. He was the first winner to get a spin-off show from NBC, Mat Franco’s Got Magic. Mat also began headlining at the LINQ Hotel and Casino in Las Vegas in 2015, the year after he won AGT.

As a 12-year-old singer/songwriter on America’s Got Talent, Grace was an instant favorite to win it all. And she did! Her unique vocal style and ukulele accompaniment made her stand out from the rest of the talent on season 11 of AGT. She also often performed original songs that she wrote!

Grace has had quite the career since her win, she’s released an EP, starred in multiple movies, and even was named to the Forbes’ 30 Under 30 Music List. In present day, Grace is still a rising star. Although she’s not super open about her upcoming projects, she’s always working on something.

Terry is by far the most successful America’s Got Talent winner to date. Following his season two win he signed on as a headliner at The Mirage in Las Vegas. At the time, he had the largest entertainment deals on the Las Vegas strip with a five year $100 million contract. In present day, Terry performs at the New York-New York Hotel and Casino in Las Vegas.

In addition to his Vegas show, he has appeared on AGT multiple times since his win. Most recently, he sang with Darci Lynne Farmer and Celia Muñoz during the season 17 finale. There’s truly no stopping this ventriloquist with an impressive voice and hilarious sense of humor!