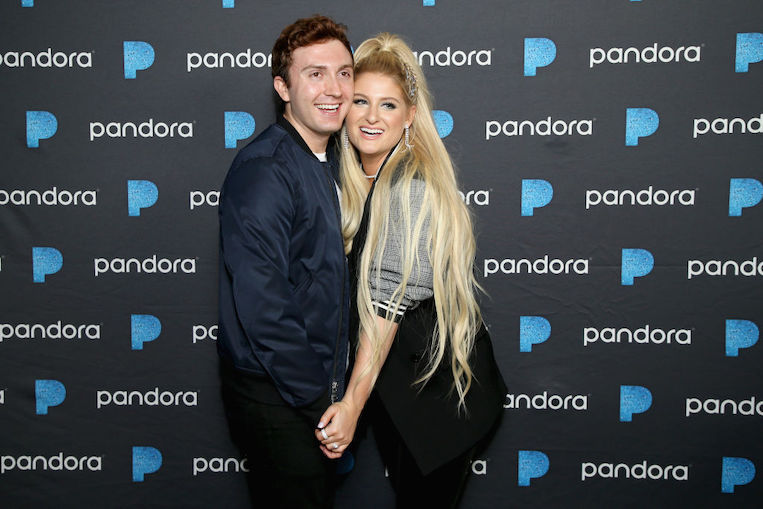 Apparently, twin toilets are not the only weird aspect in Meghan Trainor’s married life. In her latest TikTok video, the pop star recalled her viral sex shop photos with husband Daryl Sabara. Just when you thought this energy is chaotic enough, she explains what really happened to “Super Freaky Girl” by Nicki Minaj.

Back in 2018, Trainor and Sabara slid onto the trending list when a paparazzi took a photo of the two leaving an adult shop. In the photo, Trainor was holding what seemed to be a receipt. Sabara, on the other hand, was carrying a huge plastic bag which appeared to be stuffed with several items.

As an element of entertainment, Meghan Trainor hopped in on Tiktok’s “one thing about me” storytelling trend. For those who may not know, this trend is users’ fun way of telling a unique fact or story about themselves. In her version, the pop star explained her side of the sex shop story.

“One thing about me is that four years ago/ I went in a sex shop/ And got paparazzi’d with my husband/ Named Daryl, the Spy Kids Juni/ And it was embarrassing,” she awkwardly rapped.

Trainor was evidently having fun while keeping up with the tune of the song.

Fans now no longer need to guess what was in the bag. Fans in the comments admitted that Trainor’s retelling of the story made it more funny.

Another notable thing in the photo was Sabara’s toe shoes which fans didn’t exactly find attractive. The pair of Vibram shoes has a strange feature, having separate spots for each toe. Trainor also addressed this in the TikTok video.

“But the sad thing was / my husband decided to wear his feet shoes / and the paparazzi got a picture of it,” she sang. “The world saw and it was after a workout. We didn’t look good. We kinda looked sad, and it went viral!”

In the last seconds of the clip, Trainor also said that her mother was “pissed” when the photos came out. Nonetheless, she noted that it was “worth it in the end” because apparently, her friend got good sex.

As the “Dear Future Husband” singer continues to active on Tiktok, we’ll probably hear more strange stories from her. Weeks ago, she humorously revisited her iconic onstage kiss with Charlie Puth.