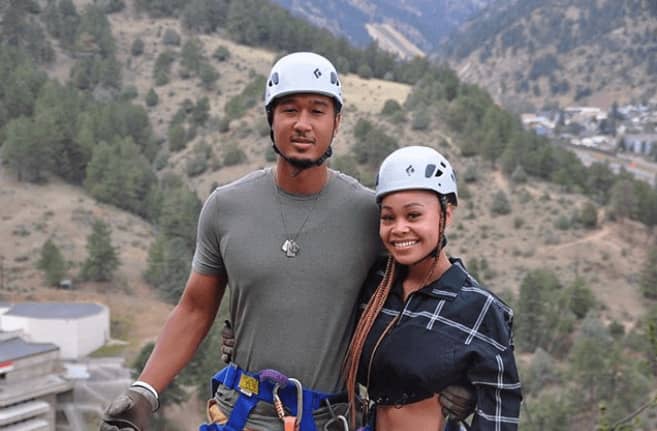 Congratulations are in order for Evvie McKinney, who won the first season of The Four: Battle for Stardom. Evvie recently married her boyfriend Everett Anderson and posted some sweet photos and videos on social media.

Although Evvie hasn’t shared any snaps from the wedding itself, she did show off her ring and share some loving words about what Everett means to her. Check out what she said below.

Earlier this week, Evvie posted a video of her and Everett kissing on a rock in a gorgeous lakeside landscape. The camera moved away from them to show off the incredible environment, including mountains and forests.

In the caption, Evvie added the hashtag #husbandandwife, writing, “Ain’t that just like God?” It’s a reference to her latest single, “Just Like God.” She also included the apparent date of their wedding — July 17, 2020.

RELATED: EVVIE MCKINNEY ‘THE FOUR’ WINNER: WHERE IS SHE NOW?

Over the weekend, Evvie also shared a Twitter video in which she shows off her engagement ring while sitting in a makeup chair. Fans congratulated her in the comments, with one user writing, “He put a ring on it GLORY TO GOD.”

So who is Evvie’s husband Everett Anderson? He’s an actor, photographer, and filmmaker. On Tuesday, Evvie posted a cute photo of the two of them and shared her loving thoughts.

What Evvie Thinks Of Her Husband Everett

Evvie wrote that she had “prayed for a man” like Everett since she was a little girl, calling him “smart, funny, Christ-filled, stable, loyal, honest, caring, handsome, gifted.” She said he’s “added nothing but happiness, laughter, and peace” to her life.

RELATED: AFTER ZHAVIA, ‘THE FOUR’ WINNER EVVIE MCKINNEY GETS SIGNED TO A LABEL!

The singer’s faith is obviously a huge part of her life, and it sounds like the same can be said for Everett. “God approved you to be my husband, this we know,” she wrote. “And for that, I thank the Lord in advance for all the years that are ahead.”

Evvie released her new single “Just Like God” last week. Listen to it here. We wish Evvie and Everett all the best in their new marriage.