The 9 Most Shocking Novelty Acts in ‘America’s Got Talent’ History
May 13, 2022
Be the First to Comment 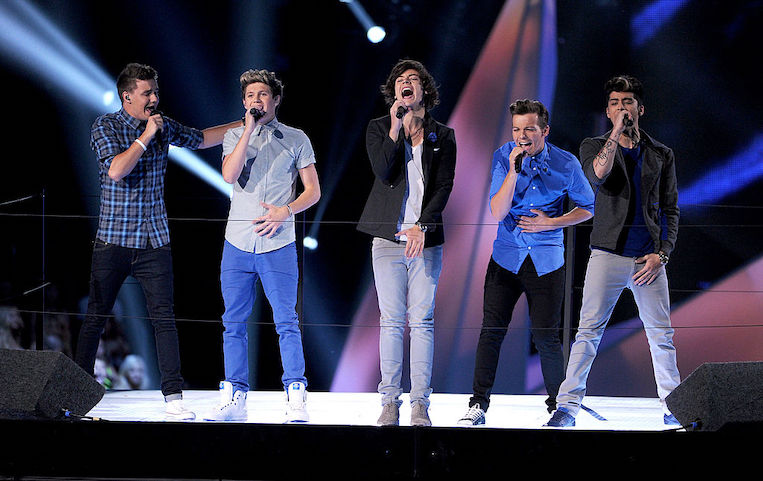 Talent shows like America’s Got Talent, Britain’s Got Talent, X Factor, American Idol, and Dancing With the Stars can be funny in terms of results. It seems like fans of the series always remember a contestant as a winner, when they actually weren’t.

Some fans of talent shows consider this to be the biggest mandela effect of them all. Even though you loved an act, were they really the winner that season? Here’s ten talent shows contestants that are well known, but didn’t win their series.

It’s no secret that Susan Boyle from series three of Britain’s Got Talent is one of the most recognized names in the history of the show. While most remember her iconic audition, she actually was not the winner of her season. Instead, she finished as the runner up to dance group, Diversity.

Gabby Barrett has quickly become one of the biggest names in the country music genre following her time on American Idol. Even though she’s found her spot in the music industry, she wasn’t the winner of her season. She finished in third place behind Maddie Poppe and Caleb Lee Hutchinson.

Teen heartthrob David Archuleta became a frontrunner in American Idol‘s competition in season seven. Even though Archuleta was a fan favorite among the tween and teen population, David Cook finished in first place.

It’s no secret that Adam Lambert was known for his outstanding performances on American Idol. Fans expected Lambert to be announced as the winner of season eight, but he wasn’t. Even after winning second place, Lambert has had plenty of opportunities in music, television, and theater.

One Direction was originally put together by Simon Cowell on The X Factor UK series seven. Following the series, the boy band went on to become one of the most popular groups of the decade. Even though they became huge so quickly, they weren’t the winner of their series. One Direction finished in third place behind solo artists Matt Cardle and Rebecca Ferguson.

X Factor history repeated itself in less than two year in season two of The X Factor (U.S.). Once again Cowell created a group that rose to fame. This time, it was a girl group named Fifth Harmony. Following suit to One Direction, this group also placed in third behind Tate Stevens and Carly Rose Sonenclar.

Even one of the biggest child AGT stars is often mistaken as the winner of her season. Angelica Hale auditioned for AGT at nine years old and quickly became one of the biggest names produced from the series. This singer actually placed in second behind Darci Lynne Farmer.

The Dancing With the Stars iconic duo Zendaya and Val Chmerkovskiy were known for their insanely perfected routines on the ballroom floor. Even though they were some of the most popular pairs in the history of the show, they didn’t win their season. They placed in second behind Kellie Pickler and Derek Hough.

This superstar originally appeared on American Idol‘s season three. Although this Grammy Award recipient has gone on to become a huge star in the music and film industries, she didn’t win her season of the competition. Instead, she placed in seventh and immediately went on to establish herself as a singer and actress.