Hell’s Kitchen Returns for Season 21 — Here’s Everything We Know
September 3, 2022
Be the First to Comment 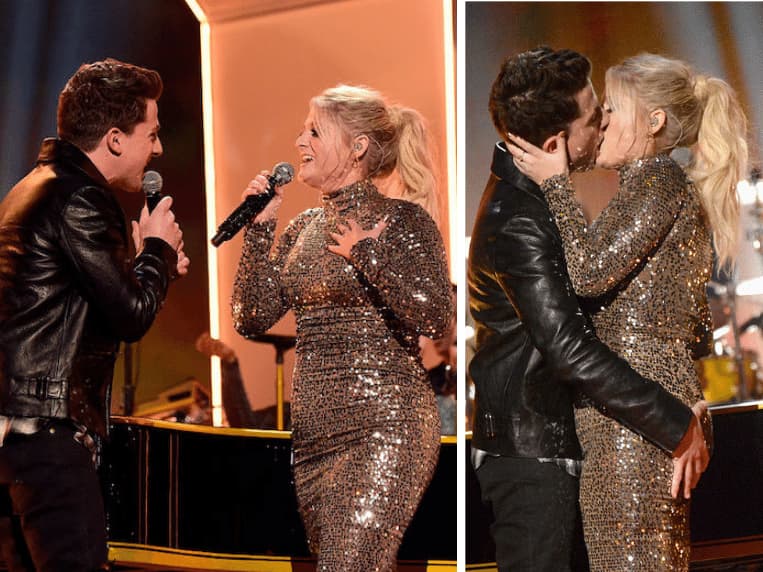 Meghan Trainor recently poked fun at her 2015 American Music Awards performance where she shared a long and steamy kiss with fellow singer Charlie Puth. Looking back seven years, the singer seemed unpleased about this career highlight.

Trainor was recently seen on TikTok taking part in an ongoing viral dance trend. Within her video, she’s seen dancing to “Hal Walker Plays the Banakulas” with short statements written on the screen. These statements pertain to three of her core milestones as a singer. Basically, this TikTok trend implies a two worth-celebrating moments and a distasteful one.

In the 15-second video clip, the “Title” singer reminisced about “‘All About That Bass’ hitting #1 in 2014” and wobbled, implying her pleased reaction. Trainor then twerked after the “winning a Grammy in 2016′ text flashed on screen.

However, after the text transitioned into “making the decision to kiss Charlie Puth on national television in 2015,” Trainor refused to dance nor display a delighted response. This was completely different from the happy dances she exhibited in the first seconds of the clip. It seems though that the singer has reflected on the moment and realized it was a not-so-awesome memory.

“It was a wild 3 years,” she wrote in her caption. Trainor, though, did not expressly explain the meaning of the kiss within the short video.

The TikTok Video Amassed Mixed Reactions in the Internet

Trainor referenced this certain career highlight on the 2015 American Music Awards where she and Puth performed to “Marvin Gaye” and sealed the song number with a kiss. Such incident was indeed one of the highlights of AMAs back in the day.

As of writing, Trainor’s TikTok video has already been viewed 6.6 million times with 1.2 million likes. It generally received light and good comments, but there were a few confused ones. Some fans went excited through the comments, expressing their joy from years back.

“I remember actively freaking out and INSTANTLY journaling it in my pink justice notebook because i shipped yall so hard,” a fan wrote.

Another fan shared that Trainor picked “THREE ICONIC MOMENTS IN POP HISTORY” while others affirmed that the makeout was a “cultural reset.”

Nevertheless, there were also curious comments that ask if Trainor has a “beef” with the musician as of the moment. Meanwhile, some fans are still waiting for Puth’s response, but he has not commented on the video yet.