‘The Masked Singer’ Premiere On FOX: Here’s The Scoop!

Who is Queen Cobra? ‘The Masked Singer’ Prediction + Clues Decoded!
January 2, 2019
Be the First to Comment 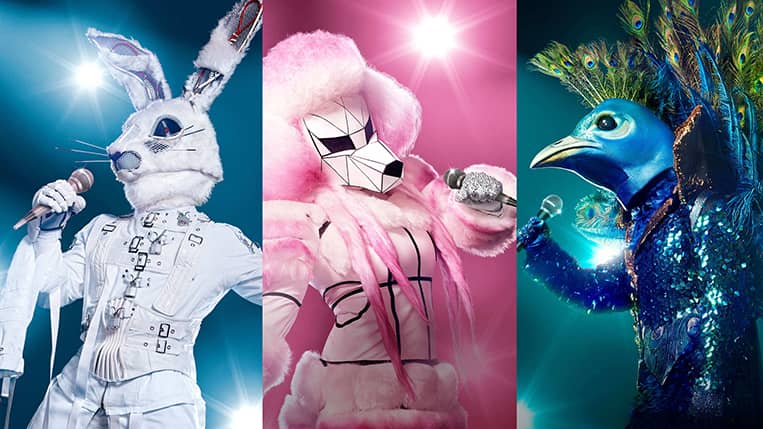 FOX’s new talent show, The Masked Singer, premieres tonight! There has been plenty of hype for the show and a lot of promotion for it too. Tonight, we’ll finally get to see six of the singers perform and one costumed vocalist will be unmasked! To say we’re excited is an understatement.

But what’s the format? And who are the judges? Here’s everything you need to know about The Masked Singer.

What Is The Masked Singer?

The Masked Singer started in South Korea, where it is now a popular show. The idea is that celebrities dress up and sing, while a panel of judges (and the audience) try to guess who is behind the mask. It’s a fun twist on the usual singing competition show. Plus, you get to see some celebrities out of their element! In fact, Ryan Reynolds even appeared on the original.

Where Can I Watch The Masked Singer?

The Masked Singer will air on FOX, Wednesdays at 9pm. The show is an hour long.

What Happens Each Week?

Tonight, we will see the first six singers perform. They will be the Peacock, Hippo, Monster, Unicorn, Deer, and Lion. The other six performers will sing for the first time next week. This season will have 10 episodes total. Each episode, a number of contestants will perform. Then, a new singer’s identity will be revealed at the end! This means that in the last show, we should see the final three reveals. Who is The Masked Singer Host?

The host of The Masked Singer is Nick Cannon! And as we already know, this isn’t his first time in a hosting gig either. Nick used to host America’s Got Talent and Wild ‘N Out, among other shows.

Who are The Masked Singer Judges?

The judging panel has a diverse background for The Masked Singer! It includes Ken Jeong, Nicole Scherzinger, Jenny McCarthy, and Robin Thicke.

Comedian and actor Ken Jeong is best known for his roles on Community and The Hangover movies. He has also appeared as a guest judge on America’s Got Talent! Ken is the son of two South Korean immigrants and says his mother loves the original show. Nicole Scherzinger was a member of the Pussycat Dolls. She has previously been a judge on The Sing-Off and on both the US and UK versions of The X Factor. Obviously her background should help here! The third judge is Jenny McCarthy. Jenny is an actress and model who began her career as a co-host on the MTV game show, Singled Out. She even speculated that her husband, Donnie Wahlberg, could be one of the masked singers! Lastly, we have singer-songwriter Robin Thicke. He has worked with some of the biggest names in music and rose to international fame with his single “Blurred Lines.”

Any Clues on Who The Masked Singer Contestants Are?

Funny you should ask! The show has already released the Lion’s first performance. The video has sparked a lot of ideas about who it could be. Is it Lady Gaga? Leona Lewis? Carrie Underwood? We have a whole article with the Episode 1 clues decoded for you to start your guesses!

And to see if you’re right, tune in to The Masked Singer premiere tonight! The guessing game begins at 9pm on FOX.

Kelly Clarkson is ‘Afraid’ To Let Her Kids Do What?