‘The Masked Singer’ Winner Amber Riley Looks Back on Her Journey on The Show
November 16, 2022
View 1 Comments 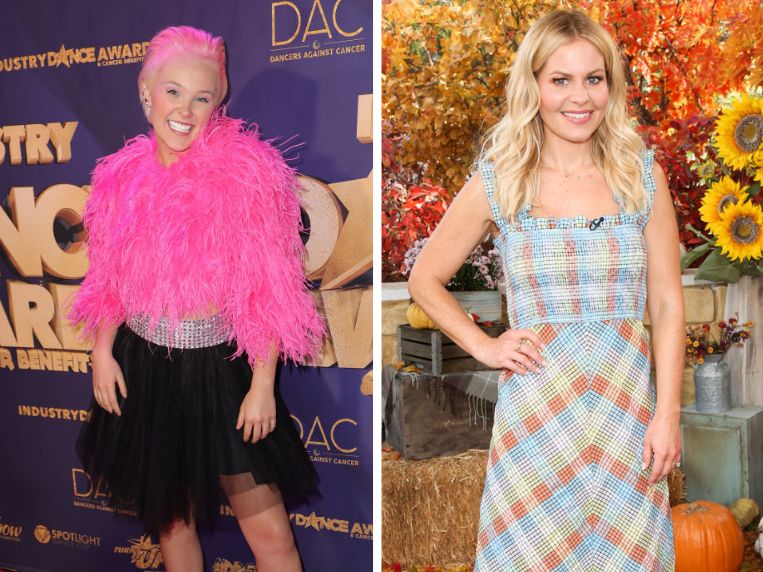 So You Think You Can Dance judge JoJo Siwa recently called out Candace Cameron Bure for disrespectful comments against the LGBTQIA+ community. Siwa slams the actress again, a couple of months after their first online altercation took place.

Fans thought that the back and forth between Siwa and Bure over the summer was finished, but it looks like they’re going at it again. Siwa recently voiced out her disappointment on Bure in an Instagram post because of her homophobic comments.

Bure intends to “keep traditional marriage at the core,” of her partnership with the Great American Family channel. Siwa, who has identified as queer since January 2021, didn’t take the comments too well, calling them “rude and hurtful.”

On November 15, Siwa shared the article stating Bure’s homophobic comments to her Instagram page. The SYTYCD Judge made it clear that she disagreed with Bure’s mindset.

“Honestly, I can’t believe after everything that went down just a few months ago, that she would not only create a movie with intention of excluding LGBTQIA+, but then also talk about it in the press,” Siwa wrote. “This is rude and hurtful to a whole community of people.”

She Calls The Comments “Embarrassing”

“Her article thing, I’m genuinely dying laughing over it. It says, I think, the Great American Family or whatever her movie is will keep traditional marriage at the core,” she said. “It’s just embarrassing! I’m just embarrassed, like for her.”

She then continued to laugh over the comments on the story. At the end of her stories, she clarifies that her comments are for the network itself, not Bure.

“Just genuinely like no harm, no hate, it’s just hilarious to me that somebody, I mean it is a quote coming from Candace, but somebody was like ‘yeah, yeah, that’s a great idea.’ Meanwhile I’m over here looking like a walking pride flag,” she said.

Siwa first expressed her opinion on Bure when she took part in a trend where she identifed the “rudest celebrity,” she’d ever met. She answered by showing a picture of the actress. After the clip went viral, the two would start a public exchange sharing their perspectives on each other.

Now reigniting their disagreements with each other, Siwa’s move to criticize the actress was applauded by friend and fans. Supporters for Siwa include Bure’s former Full House costar Jodie Sweetin who commented “You know I love you,” with a red heart emoji. Bure on the other hand, has yet to respond towards Siwa calling her out.