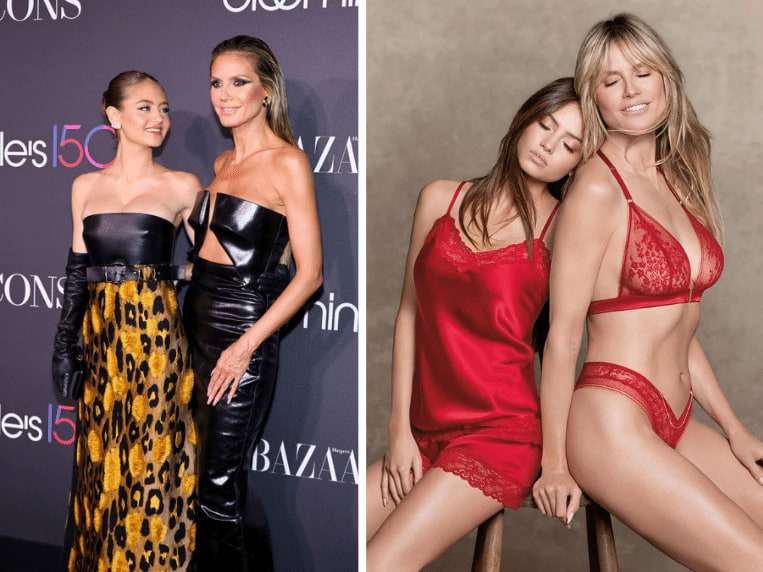 Heidi Klum and her daughter Leni Klum aren’t letting the recent backlash over their lingerie photoshoot stop them from modeling together. The pair appears in yet another campaign wearing the brand Intimissimi.

This isn’t the pair’s first campaign for the brand. In October, Heidi and Leni made headlines for another Intimissimi campaign, in which they both posed in lingerie. The shoot inspired a negative reaction from many people who thought it was inappropriate for a mother to pose in lingerie with her teenage daughter.

“Sexualizing your daughter the moment they turn legal is weird,” one commenter wrote at the time. Another commented, “I like to think I’m progressive in these things but mom and daughter in lingerie in the same video shoot is just a bit ick.”

Since the backdrop and the women’s hairstyles look the same in the new photos, it’s likely they were taken at the same time as the photos which caused a stir last month.

SEE ALSO: HEIDI KLUM IS REPORTEDLY THINKING ABOUT HAVING A BABY WITH TOM KAULITZ

Leni Said She Was Happy with the Campaign

“I honestly didn’t look at a lot of the reactions,” Leni Klum told Page Six at her mom’s Halloween party. “I am overall happy with the campaign and I had an amazing day with my mom. I think the photos turned out great, and we had an amazing time.”

She went on to call her mom “an inspiration,” saying she gives her advice about modeling. The 18-year-old added, “I love shooting with her.”

Leni recently made the move from California to New York to attend college. Heidi told Talent Recap back in August that she was “trying not to freak out” about her daughter leaving home.