Haven’t We Seen This Before? Did Val Chmerkovskiy Rip Off A Dance in The ‘DWTS’ Finale?
November 5, 2021
View 1 Comments 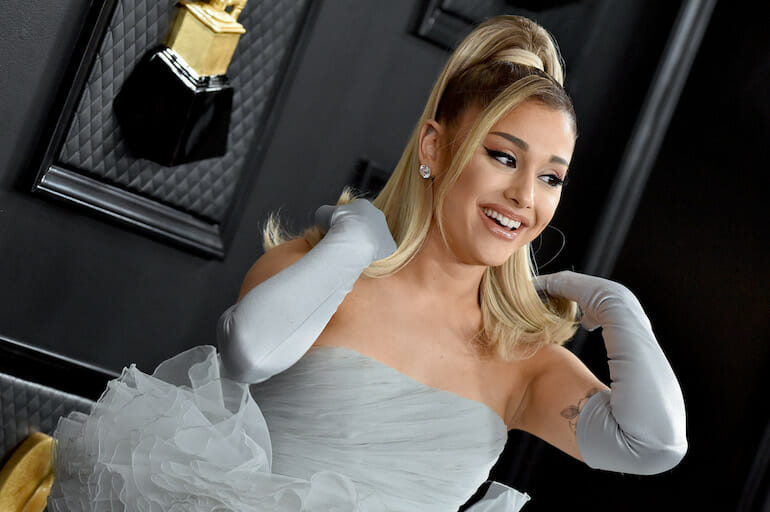 Ariana Grande will officially play her dream role in the upcoming film adaptation of Wicked. Grande began her career on Broadway and has stayed true to her love of theater throughout her career. On top of being a coach on The Voice, this super star can now say she’s in an upcoming movie-musical.

Wicked is a prequel to The Wizard of Oz. It tells the story of what happened before Dorothy made it to the land of Oz. The original roles of Elphaba and Glinda were held by Idina Menzel and Kristin Chenoweth during the show’s Broadway debut. The characters are the dictionary-definition of frenemies, Elphaba goes on to become the Wicked Witch of the West, while Glinda goes on to be the Good Witch. This film adaption is long overdue considering the success of the Broadway show.

Grande and Cynthia Erivo are Glinda and Elphaba respectively in this film adaption. The adaption of this Tony Award winning show’s director is Jon M. Chu who’s known for his recent award winning film, In the Heights. Following the exciting announcement, Grande and Ervio sent flower arrangements to congratulate one another. Both arrangements were pink and green to represent their respective characters in the film.

“‘Pink goes good with green’ Congratulations Miss A, the part was made for you, I look forward to sharing this musical journey with you. Love, Cynthia,” reads the flower arrangement sent by Erivo.

The new co-stars also shared Facetime screenshots in which both women look like they’re going to cry of happiness.

Grande Has Always Hinted at Her Interest in This Show

There has always been hints that this pop superstar would go on to play Glinda. Between her 2011 tweet, performing a song at the show’s 15th anniversary special, and friendship with The Voice mentor Kristin Chenoweth, there really wasn’t a better choice for this role. Other than her interest in the show, she also has a resume that proves her ability to exceed expectations. This pop superstar began her career out in the Broadway musical 13 in 2008 after holding numerous roles at her local theater group.

This singer knew she wanted to stay true to her theatrical background after Broadway but ended up on the Nickelodeon series, Victorious. Although Grande did sing within this series, it was definitely not considered a musical show compared others, like Glee. Nonetheless, this singer has kept her singing and acting skills in pristine condition for a future role like this.