17 YO Cowboy Is Ready To Impress The Judges On ‘American Idol’ — Who Is Alex Miller? 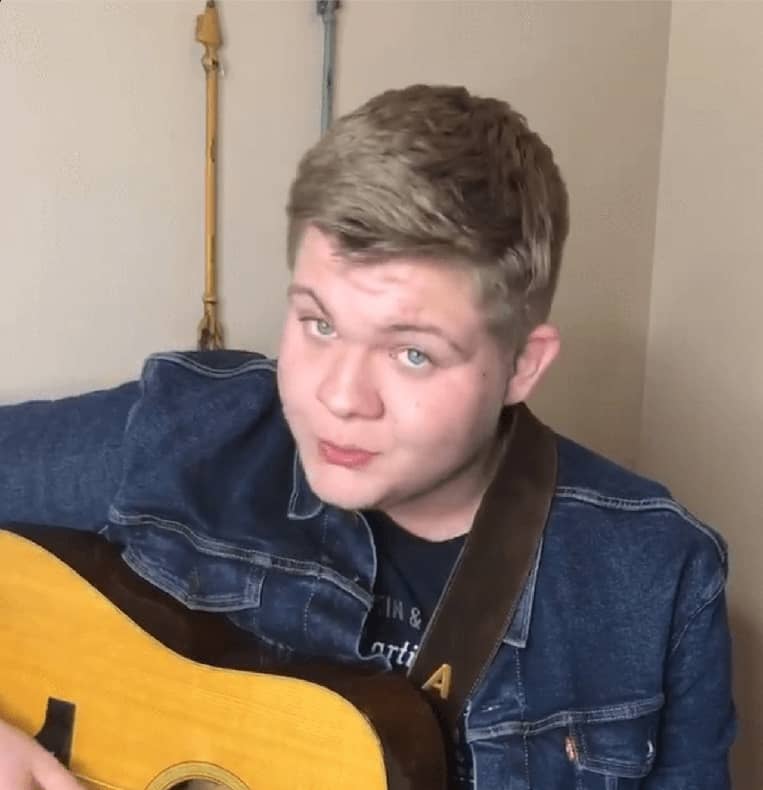 American Idol released a new trailer featuring some insanely talented contestants that will be vying for the top prize this year. One contestant who is ready to make the world fall in love with his country twang is Alex “Kentucky Kowboy” Miller. The 17-year-old Kentucky singer is already making a name for himself in his small town.

Alex grew up in Garrard County which is a community full of farmers. “My first word was ‘tractor'” he said in an interview with Garrard Central Record. “It’s always been special to me, a way to escape and go out and work and stay in shape. I’ve learned a lot through farming, how to work hard and do things on your own. It’s transitioned over into my musical career and aspirations.” He made his big debut at the Garrard County Fair when he was just 4 years old. He also performed at the Lancaster Tobacco Festival when he was just 7 years old.

When he was 15, Alex competed in the Pigeon Forge Path To Fame talent competition. He performed his own original song “I’m Over You, So Get Over Me” during the competition which propelled him to the Semi-Finals. He also recently got second place in the fan-voted Kentucky FFA Talent Contest.

Alex Was Constantly Compared To This Famous Singer/Songwriter

From a very young age, Alex earned the nickname of “Little Hank Williams” due to his comparisons to the music superstar Hank Williams. But as he has grown up, he has really found his own voice and a distinct artist identity. With a little help from his grandfather GB who is his manager, Alex has become well-known around Kentucky. He has played numerous gigs on some of the biggest local stages.

Alex just posted a cover of a Hank Williams song over on Instagram. His caption states that he has been singing this particular song since he was a “wee little toddler.”

GB also influenced Alex’s taste in music. “He would always listen to Hank Williams, Ernest Tubb, and a lot of the older country artists,” Alex said in the interview about GB. “I’ve read books and researched to learn about the music, the roots, their thoughts, and try to inspire myself in a way. The older artists are the guys I really look up to as far as music, and how to play in a band, how to organize a group, and make music the way it ought to be played.”

So, how will this young country singer do on American Idol? Considering he has had so much on stage experience playing gigs all over Kentucky, he is sure to have good stage presence. The show has launched the careers of some of the worlds biggest country stars, so it is the perfect place for a young artist like Alex to be.

You can catch Alex when American Idol premieres on February 14 at 8pm ET on ABC.