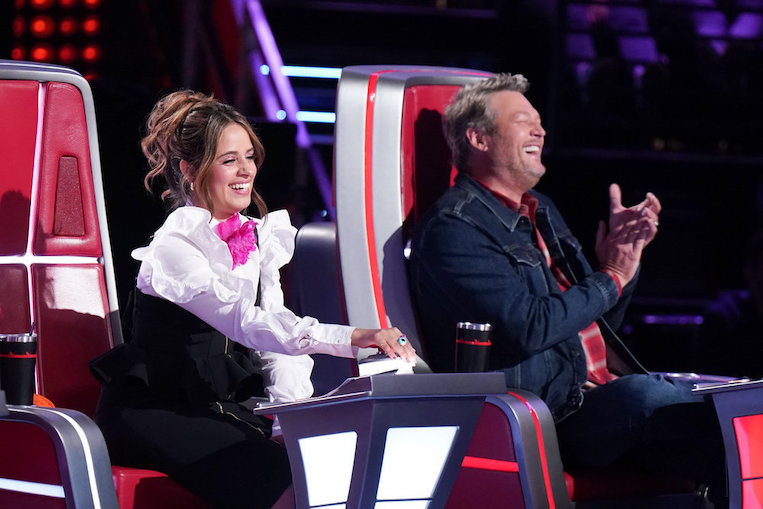 If you’ve been watching The Voice every week this season, you might have noticed that the coaches wear the same clothes in every episode of the Blind Auditions. This might seem unusual, since the auditions are filmed over several days. But there’s a good reason for it that you might not know.

Why Do The Voice Coaches Wear the Same Clothes?

It’s clear from the show’s filming schedule that the Blind Auditions are not all taped on the same day, even though it might seem like it when you’re watching the show. For instance, tickets are now available for Season 23 auditions taping on October 13, 14, 15, and 16.

However, the coaches end up wearing the same outfit in every episode. The reason for this is pretty simple — it’s for continuity. If the show wants to edit auditions from various days into the same episode, it won’t be as obvious that they were filmed in a different order if the coaches are in the same outfits the whole time.

It’s not just American fans who have wondered about the coaches’ clothes. Fans in the UK and Australia have had the same questions. In 2019, The Voice UK even released a funny statement about it, saying, “It’s all true. Our coaches have been wearing the same clothes for six weeks now. And we feel it’s important to inform you all that they will be in the exactly same outfits next week, too.”

Other Talent Shows Use the Same Method

The Voice isn’t the only talent show to dress its celebrity cast members in the same outfits from week to week. America’s Got Talent has used the same method, and the judges have even spoken out about how frustrating it can be.

Earlier this year, AGT judges Sofia Vergara and Heidi Klum bonded with former The Voice coach Kelly Clarkson about wearing the same outfit for several days. Klum joked that eventually, “the outfit can walk by itself” because she’s worn it so much.

“You have to be very specific about what you’re wearing,” Clarkson said, adding that things will get stretched out over several days. She said she once wore a jumpsuit that actually got longer as she wore it more.

The good news is that the coaches’ outfits should change once we reach the Battles round of The Voice this season, and we’ll get to see plenty of new looks once the live shows begin.