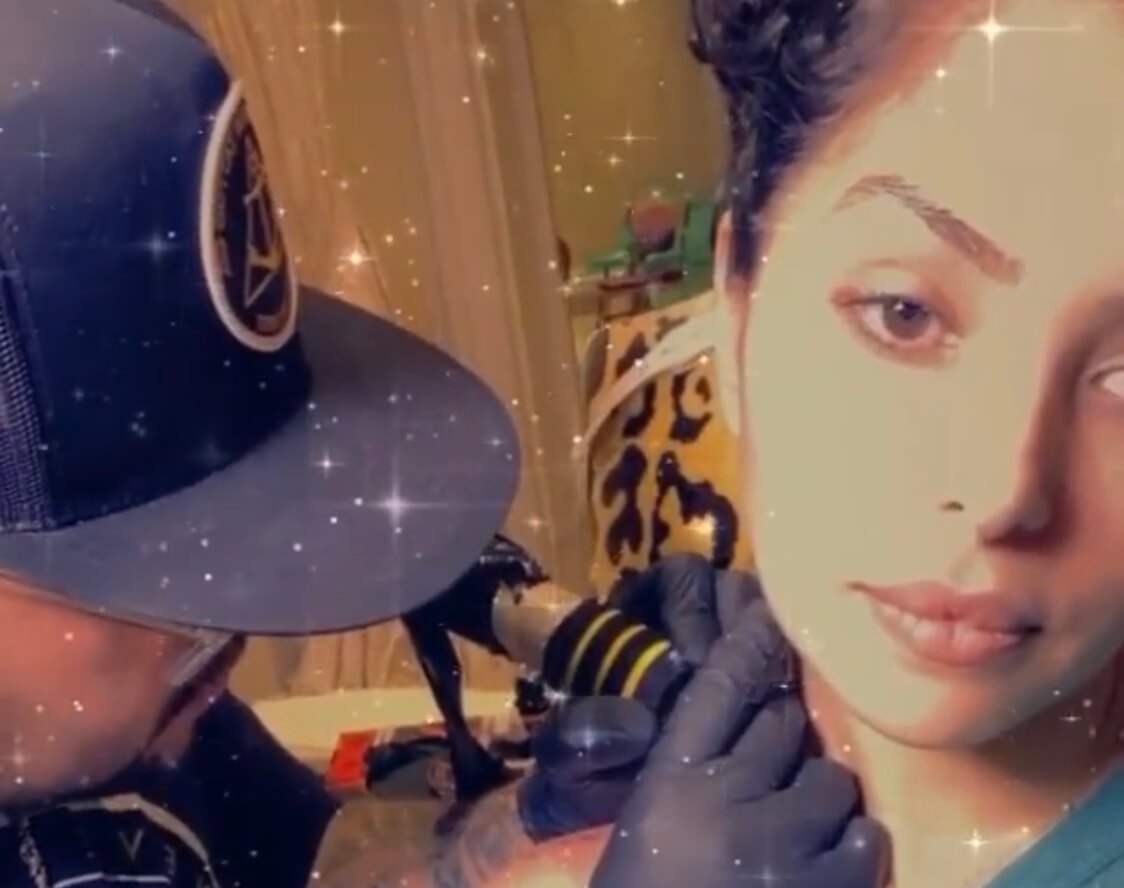 Vanessa Bryant shared a deeper look into her life with videos getting tattoos from artist Nikko Hurtado. Both of the tattoos have a very special meaning to her as they honor her late husband Kobe and daughter Gianna who tragically died in a helicopter crash on January 26, 2020.

Vanessa’s Instagram account is currently set to private, but Nikko reposted the videos to give us a full look at the art he created for Vanessa. In the first video, Vanessa is seen at home getting a tattoo on her wrist. Her caption said “Shoutout to @nikkohurtado for coming over and helping me get my Gigi’s sweet message transferred on me. #throwbacktoFebruary.” It is not completely clear what the message says due to the filter that is on the video but one can only assume it was a note that Gianna left for her mother that she kept. The message was then transferred onto Vanessa’s skin in what looks to be Gianna’s handwriting. Nikko added to the caption on the post saying “Truly honored my friend. #ripkobeandgianna.”

In a second video reposted by Nikko, Vanessa also got a tribute to Kobe inked on her neck. Her caption said “I wanted my boo boo’s @kobebryant sweet message transferred on me. ❤️@nikkohurtado came through for me. Thank you! #inked#messagetransfer#BooBoo#throwback#tattooinmyhallway.” Again this is believed to be a message written by Kobe that Vanessa kept and had transferred onto her skin. The tattoos were done back in February less than a month after their tragic deaths.

SEE ALSO: 10 CELEBRITY DEATHS WE NEVER TRULY GOT OVER

As if the tattoos weren’t enough to make you cry, On her 38th birthday, Vanessa did find one final birthday card that Kobe had written prior to the crash. She posted a photo of the envelope on Instagram back in May with the caption “Yesterday I found an envelope labeled To: The Love of my Life. From, Tu Papi. I waited to open one more letter on my birthday.” She continued saying “It gave me something to look forward to today.” This coupled with the news of these tattoos really pulled at the heartstrings of people all over the world, especially since this is one shockingly celebrity death that we will never be able to get over.

One Twitter user said “The way Lauren London and Vanessa Bryant are carrying their husband’s legacies is deep. That eternal love is something serious.”

Another Twitter user said, “idk how that tattoo artist tatted Vanessa Bryant without bawling his mf eyes out, cuz i can’t even read the caption without crying.” We all definitely agree because this seemed like such an emotional moment for both Vanessa and the artist.

“Everytime Vanessa Bryant posts about Kobe or Gianna my heart physically aches. Makes me so sad” sad another Twitter user.

Vanessa is staying strong for her three other daughters and continues to post about her husband and Gianna to honor their memories.