Derek Hough, Hayley Erbert Share Behind the Scenes of Their ‘Kiss the Girl’ Dance
October 14, 2022
Be the First to Comment 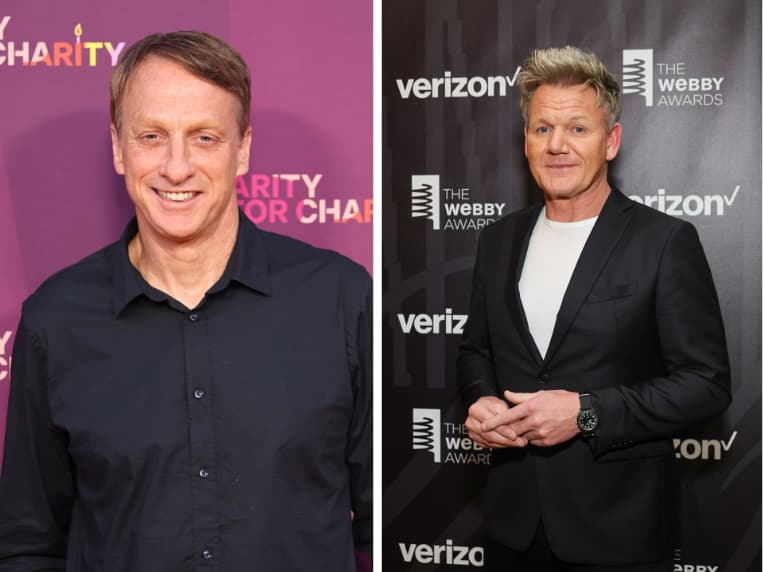 Skateboarder Tony Hawk made an appearance on this week’s episode of Hell’s Kitchen, and now he’s auctioning off a skateboard signed by celebrity chef Gordon Ramsay himself. Proceeds from the auction will go to charity.

Hawk, who competed on Season 3 of The Masked Singer as Elephant, appeared on this week’s new episode of Hell’s Kitchen with 14-year-old skateboarder Sky Brown. Their appearance matched the season’s theme of pitting different age groups against each other.

Now Hawk is auctioning off the skateboard he rode in the episode, as well as a limited edition Hell’s Kitchen skateboard. Both boards have been signed by Hawk, Ramsay, and Brown, they are being sold on eBay. The current bid as of this writing at $1,825.

Hawk shared photos of the skateboards on Instagram and told fans that all proceeds from the auction will go to a charity called The Skatepark Project, which is working to create skateparks in underserved areas.

‘Hell’s Kitchen’ Is Currently in Season 21

Ramsay’s cooking competition show Hell’s Kitchen is currently airing Season 21 on FOX. The show, which pits chefs against each other for the chance to become head chef at a restaurant, first premiered in 2005.

This season’s theme is Battle of the Ages, as the chefs started the season divided into two teams according to their age. The red team was the 20-somethings, and the blue team was the 40-somethings. However, that changed during this week’s episode.

At the end of the new episode, Ramsay told the chefs that “one kitchen is dominating the competition,” and it “can’t go on like this.” So he abandoned the season’s concept of dividing by age and decided to divide the teams by gender like usual.

You can watch the next episode of Hell’s Kitchen on Thursday night at 8/7c on FOX.