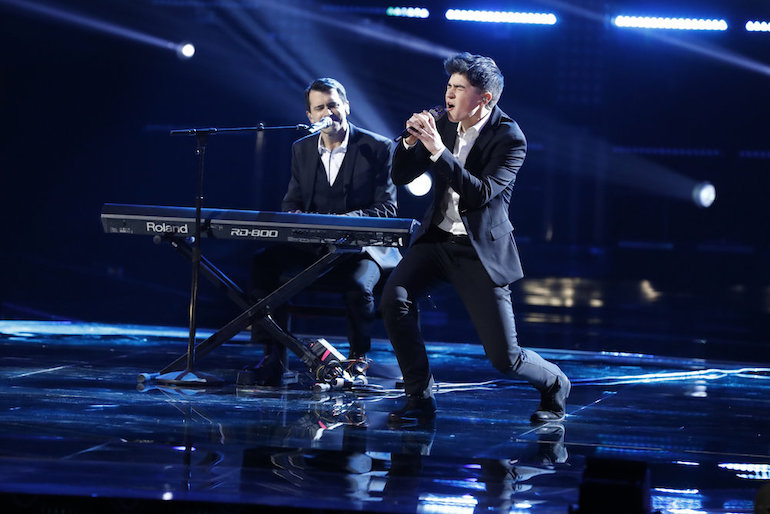 Sasha Allen made history as the first openly transgender contestant to make it past the battle round on The Voice. The Team Ariana alum was a breath of fresh air as he took the stage every week with his father, Jim. Sasha recently announced that due to his changing voice, he has to adjust his singing technique.

The father and son duo dominated The Voice stage in season 21. Viewers fell in love with Sasha’s gentle, yet angelic voice. The audience believed that the two would take home the championship, but they were unfortunately eliminated in the Top 8 as the last singers for Team Ariana.

Although they did not win their season, getting to the Top 8 is no easy feat. The success of the group was not only due to the chemistry they shared, but also because of their immense singing talent. Now Sasha is worried that the voice fans fell in love with is in jeopardy.

Sasha’s dropped voice could be because of the changes he is going through to truly be who he really is. The stress to relearn and find different techniques for a singer’s voice as it changes over time has been documented by some of the best singers in the world, so we have faith that Sasha will find his new technique.

The young singer has been open about his transition journey. During a Q&A on his YouTube channel, Sasha mentioned that he has been on testosterone since his junior year of high school. By the time he was on The Voice, he had been on testosterone for four years. Taking testosterone does cause the vocal chord to become thicker. That thickening leads to a deeper voice.

“I made the decision to share my story in this way because if I could just help one kid who is in the position I was in or help somebody to understand who knows nothing about transgender people or never met a trans person, it would all be worth it,” Sasha said during an interview with Ellen Degeneres.

Although Sasha said he is stressed over his changing voice, fans seem to still be in awe of the talented singer. He continues to post new music on his Soundcloud, much to the delight of his fans. His recently released song “All My Dreams,” continues to get rave reviews from his admirers.