5 Obnoxious Contestants Who Refused to Leave Talent Show Stages
May 3, 2021
Be the First to Comment 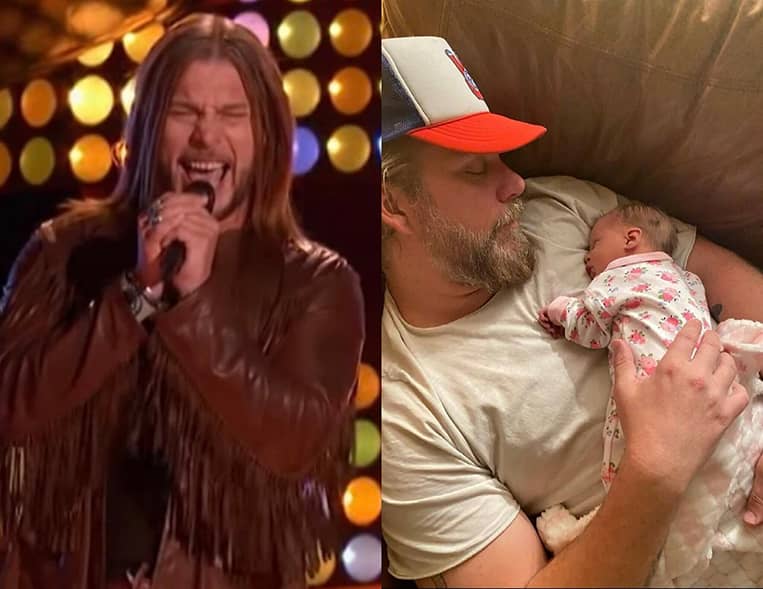 Craig Wayne Boyd won Season 7 of The Voice in 2014 and now he is truly winning at life. The country star welcomed his fifth child, a baby girl, with his wife Taylor in April. He shared some adorable pictures of their new bundle of joy on Instagram.

Boyd announced the arrival of Blakely Kay at the end of April to his 30,000 Instagram followers. He is already a father to Jaxon, 8, Dakota, 5, Graydon, 3, and Boston, 15 months. The couple announced the pregnancy back in February, insinuating that it would be their last baby.

“This has been one of the biggest surprises and hardest secrets to keep,” Taylor told People. “I’ve noticed more and more #yallers mentioning baby No. 5 on socials lately — it’s like they had a sixth sense! It’s going to be a crazy ride, but we are so excited for the grand finale … and this will be the grand finale!”

Boyd shared another sweet snap cradling the baby after she was brought home from the hospital.

The couple also posted an adorable video introducing Blakely to their other children for the very first time. It will seriously make you melt seeing all of the love inside of the Boyd household and watching them hold their sister.

“I keep hoping one will look more like me but once again we have those strong Boyd genes. She’s pretty,” Taylor wrote on Instagram about their new addition to the family.

Boyd is a Part-Time Singer and Full-Time Dad

According to Boyd’s Instagram bio, he is a part-time singer and a full-time dad. He has had several bouts of success throughout his music career namely with his single “My Baby’s Got a Smile on Her Face.” The song debuted at No. 1 on Billboard’s Hot Country Songs chart and was only the second song in history to do so. The 42-year-old released a highly-anticipated album in 2017 called Top Shelf.

He now sings in a band called Texas Hill with The Voice Season 10 runner-up Adam Wakefield and American Idol Season 9 third-place finalist Casey James. Their single “Neon Heart” is out now on their YouTube channel.

Boyd infamously engaged in a battle with the record label after winning the show. While he did not want to call out the label by name, he influenced both his coach Blake Shelton and Adam Levine to speak out about how The Voice can do more to help contestants after the show.

Still, Boyd has managed to pave his own career after finding fame on The Voice, joining a long list of contestants who used the show as a launch pad for their success.

Congratulations to the Boyd family on their latest arrival!