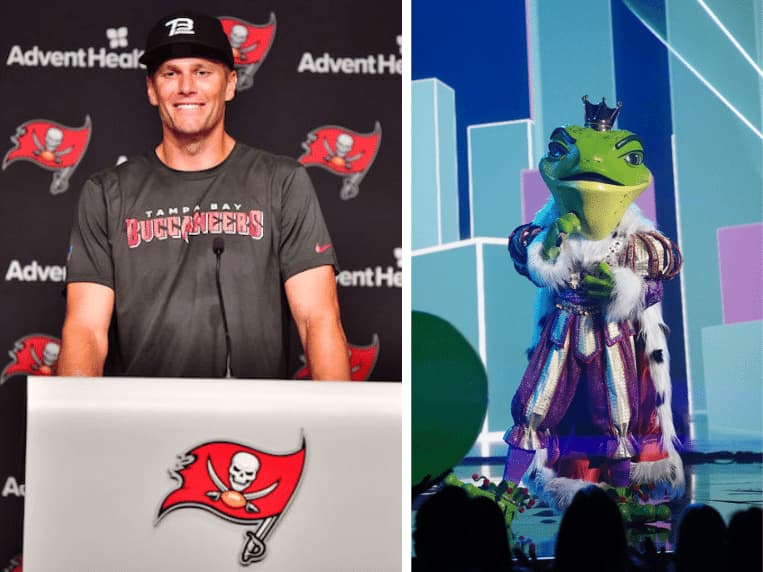 With the next season of The Masked Singer around the corner, fans have begun sharing their predictions. Though there has yet to be official costume announcements, The Masked Singer fans believe that football legend Tom Brady will be the next winner of the series.

Last week, football and The Masked Singer fan MBFantastyLife shared a theory, stating that Tom Brady’s planned leave of absence was due to the show. For those who may not be aware, Brady has been absent from an extended Buccaneers training camp. It’s been shared at this time that Brady is absent due to “personal reasons.”

Even though some may call this fan’s theory crazy, it may be true. Since Brady’s The Masked Singer speculation, several fans have come to Reddit to confirm the theory. On August 22, a fan revealed that Brady is actually the overall winner of the season. Although they didn’t reveal how they gained their information, they claim that the football player’s first song will be “Right Hand Man” from the Broadway Musical, Hamilton.

It’s no secret that The Masked Singer season seven was labeled as “problematic” after the reveal of Rudy Giuliani. Due to the politician’s nature, many fans vowed to never watch the series again. According to the Reddit user, they believe Brady’s involvement will bring in higher ratings.

“Marketing is going to be extremely f*cking obvious. They don’t care about people being shocked when he’s revealed, the shock is his f*cking voice,” the fan wrote. “The man can SING it’s gonna be crazy. Expect the highest ratings this show has ever had.”

Apparently, Brady was told he has “the voice of an angel on the stage” and his performances are very emotional. On top of all of that, the Reddit user revealed that Brady will also sing a tear jerking rendition of “Cat’s in The Cradle.”

Even though this Reddit user is open about spoilers for the upcoming season, they have not revealed the source behind their information. When asked, the user declined the theory that they were in the audience, stating that fans are taken out when the unmasking occurs.