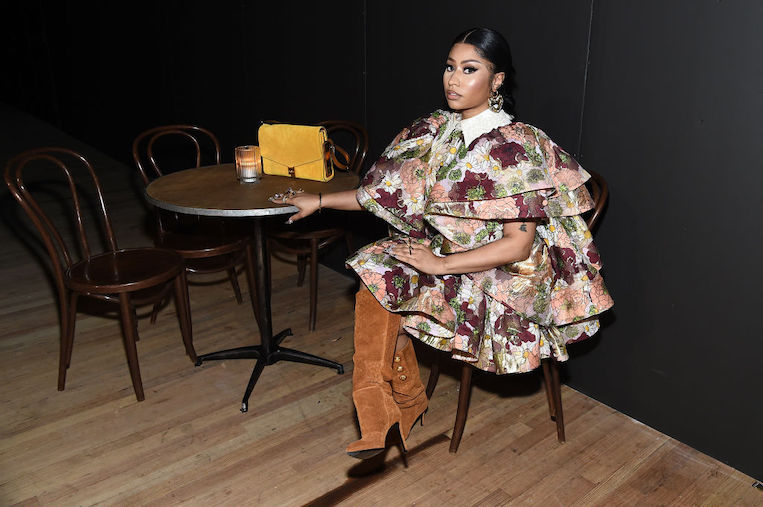 Former American Idol judge Nicki Minaj recently shared a trailer for her upcoming six-part documentary series, titled Nicki. She explained on Instagram that the project is still looking for a home.

The new trailer features clips of Minaj throughout her career, from when she was just starting out to when she became big and performed huge stadium shows for her fans. These moments are intercut with interview clips of Minaj reflecting on her journey.

“You don’t get a manual on how to be a famous rapper. You just learn it as you go,” Minaj says at one point. She also talks about not receiving the same respect as male rappers, and says she’s “fighting for the girls who never thought they could win.”

According to the trailer, the documentary will be in six parts. Minaj wrote in her Instagram caption that the project is coming “SOONER THAN YOU THINK.” She called it a “very intimate, delicate, electrifying, inspiring body of work.”

The Documentary Is Looking for a Home

As of right now, Minaj hasn’t shared a release date or a platform where fans can watch the new series, which is from Bron Studios. She explained in the caption of her post that the documentary is still looking for a home.

“As I decide on a home for this project, I can’t help but reflect on what I’m including in this doc,” Minaj wrote. “Some things are so personal, it’s scary. It’s like NOTHING you’ve seen before & I need it to be handled with care. Love you so much. Thank you for the continued support.”

Minaj also teased just how much fans have to look forward to on Twitter. A fan shared their excitement over “the amount of footage we’ve never seen before that we’re about to get with this documentary.” Minaj responded, “No you have NO freaking idea.”

The rapper also has a new single called “Freaky Girl” set to be released on August 12.