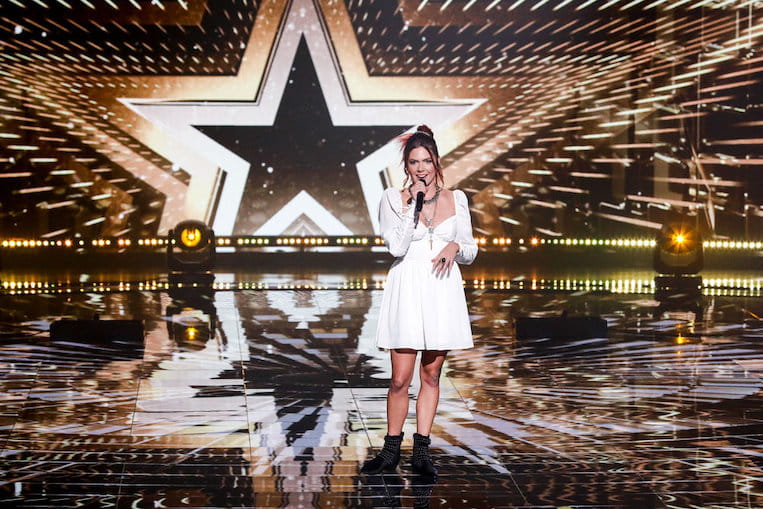 Calysta Bevier joined America’s Got Talent season 11 as a 16-year-old cancer survivor betting to become a popular musician. Next year, she will step onstage once again to show off improved, more mature vocals that she hopes is worthy of an AGT All-Stars winning title. Let’s get to know her more.

Calysta Bevier Suffered from Ovarian Cancer When She Was 15

It takes a special kind of singer to move Simon Cowell, and Calysta Bevier successfully did that in one audition. Within seconds of her performance of “Fight Song” by Rachel Platten, the audience gave her a standing ovation. That same number melted Cowell’s heart and prompted him to press his only Golden Buzzer.

“Just your spirit, the choice of song, your voice, I think you’re really special,” the music mogul said. “I’ve just got this really incredible feeling about you.”

Before she sang in front of the crowd, judge Howie Mandel particularly noticed her hair, comparing it to Audrey Hepburn. This provoked her to tell her survivor story in national television. At the young age of 15, Bevier was diagnosed with dysgerminoma, a form of Ovarian Cancer. With that, she had to get a 5-pound tumor removed and undergo 21 chemo infusions to fight for her life. After enduring all these treatments, Bevier is now in remission.

Her inspiring performance in AGT gained people’s appreciation, thus pushing her until the Semifinals. This relatively long stint in the series motivated her to pursue her passion in music.

She Released New Music, Got Married After the Show

After AGT, she decided to move from Ohio to Los Angeles and signed with a management company. Since then, she has performed in various live events and even sang with John Legend of The Voice and T-Pain of The Masked Singer.

Bevier has also released a number of songs such as “Hate U Sometimes,” “Head Held High,” and “Already Know.” Last month, she released the official music video of her latest single, “Be Alright.”

For those who may not know, Bevier is openly pansexual and now married to a transgender man. She happily announced this news in 2020 on Instagram.

In present day, Bevier is gunning for a win in AGT All-Stars. She recently announced that she’ll be among the 60 talented acts that will compete in the AGT spin-off next year.

People might recognize her because of her hairstyle back in 2016. But one major change that Bevier has done throughout the years was bleaching her hair blonde and dying it in bright colors from time to time. Fans would definitely be happy to know that she can now style herself according to her own taste.

Be sure to tune into AGT All-Stars on January 2, 2023 to see if she will advance past the Preliminaries.