One Of Kelly Clarkson’s Stalkers Got Arrested For Violating Permanent Restraining Order
December 2, 2022
Be the First to Comment 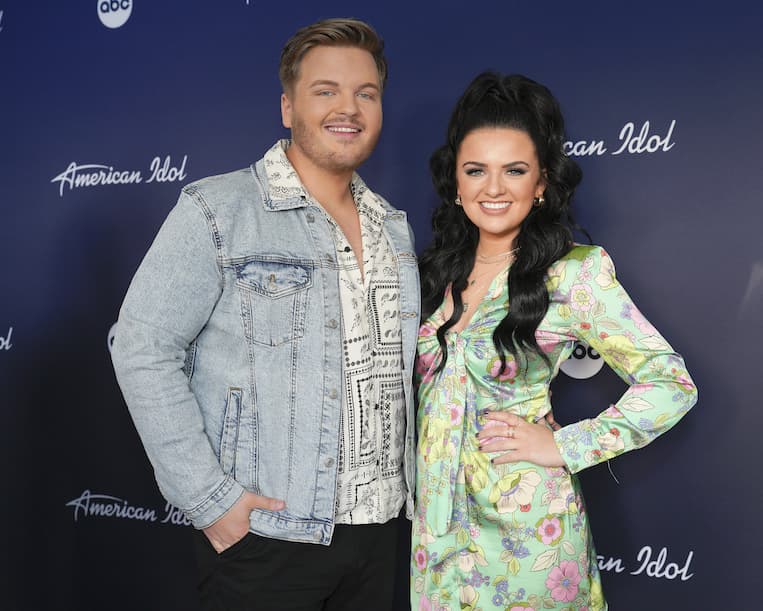 American Idol alum Maddie Poppe recently got candid while answering questions sent by Instagram fans. Although she didn’t answer the question everyone really wants to know, she went into detail about how she’s “happy” right now.

While hosting an anonymous Q&A on her Instagram stories, the American Idol season 16 winner touched upon a delicate subject. Amid other nonchalant questions such as what her goals are for 2023, and if she bought a house in Nashville, the singer answered the question, “Are you happy?”

Poppe gave a lengthy response, and it seemed as if it was a hard topic at the moment. The singer admittedly said she’s not ready to talk about it, but assured fans that she is indeed happy right now.

“About 90% of these have been the same question over and over, but I’m not ready to talk about it yet tbh.” Poppe wrote. “And I think this is most important. Yes, I’m very happy. I’m being pushed out of my comfort zone daily which I think is so important.”

Fans have been quick to notice that photos of Poppe and her longtime American Idol boyfriend Caleb Lee Hutchinson were recently removed from her page. Hutchinson’s page also seems to have been wiped of photos from them together.

Although their split has yet to be confirmed, her answer to the question definitely hints that it could have happened. In another question, the singer even mentioned that her new music contains her true feelings. Could Maddie Poppe’s debut album next album be all about their alleged break up?

Alongside the question of if the singer is happy, fans included other questions, like if her voice is autotuned. Once again, the singer got candid, explaining that that almost every artist uses autotune to some extent, and that she used it for a purpose. Autotune helped her in songs like “Not Losing You,” and “Made You Miss,” since she struggled to hit every note.

She also expressed that she really wants to release an album. Poppe plans to showcase some of the songs in her planned album during her shows in Iowa and Berkeley.

Lastly, she revealed two people she’s greatly thankful for, fellow singers Margie Mays, and Willie Morrison. Both Mays and Morrison have contributed to Poppe’s musical career as her friends and as her mentors as well. Fans also saw this answer as a red flag, since Hutchinson once again wasn’t mentioned.