‘The Masked Singer’ Winner Amber Riley Looks Back on Her Journey on The Show
October 21, 2022
Be the First to Comment 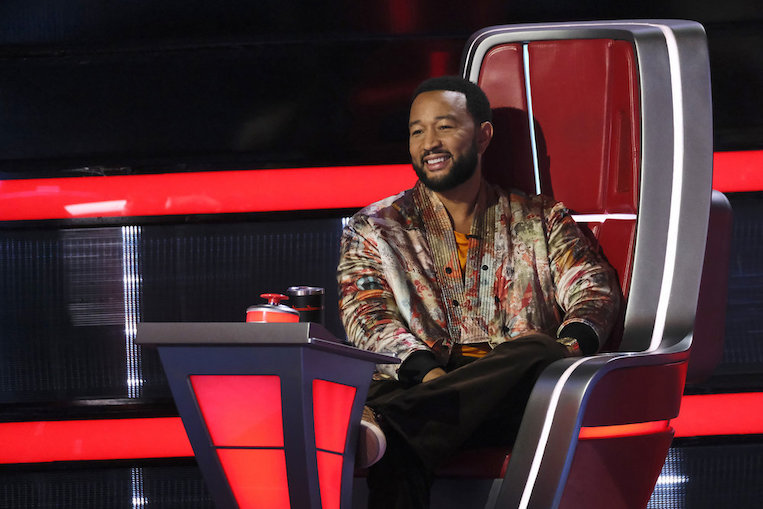 Amid the buzz surrounding Blake Shelton’s departure from The Voice after the season 23, another veteran coach makes a surprising announcement. John Legend confirmed his return to The Voice, he promises fans that he’ll be back, just not next season.

John Legend Confirms His Return to The Voice Someday

The Iconic singer recently confirmed his eventual return to the hit singing competition show. Legend opened up about the reason behind his announcement, and why he’s sitting out Shelton’s last season.

Legend has been a coach on The Voice since season 16 and has continuously kept his spot on the coaching panel. Reports state that he is skipping season 23, which coincidentally is Shelton’s last run on the series.

As for the reason why Legend is stepping out, he initially thought the show will not have a new spring season like it did this year. However, NBC did decide to bring back a spring season of The Voice in 2023, and Legend had to be away in the meantime.

“My family’s growing, I have a new album out, I’m going to be doing a little bit of touring, so it’s probably better that I take a break,” Legend said. “I’ll be back on The Voice, just not this coming season.”

The singer promised his return to the show, assuring his fans that he’s not gone for good. Legend has not told exactly when he’ll be back but expressed he’s not done with the show yet.

On Tuesday night’s episode of The Voice, Legend has made the difficult decision of choosing one of two outstanding performances. The 17-year-old Parijita Bastola and duet partners the Marilynds had a very close Bee Gees battle.

With both acts coached by Legend, they did their perfect renditions of “How Deep Is Your Love” by the Bee Gees. Other judges also noticed how close the battle went, and Shelton comments that the Marilynds are perfectly in sync. While Bastola, also impressed the country singer with her unique and powerful vocals.

“I’ve worked with some duos on this show, and there’s always one person that’s a little ahead of the other. Not this time. It’s just so locked in together.” Shelton said.

It was ultimately up to Legend to make a decision, he decided on Bastola as his pick. Afterward he proved the difficult decision he had to make by using his one and only save on the Marilynds. In the end, everyone wins with both acts staying on the competition.