5 Obnoxious Contestants Who Refused to Leave Talent Show Stages
October 19, 2021
Be the First to Comment 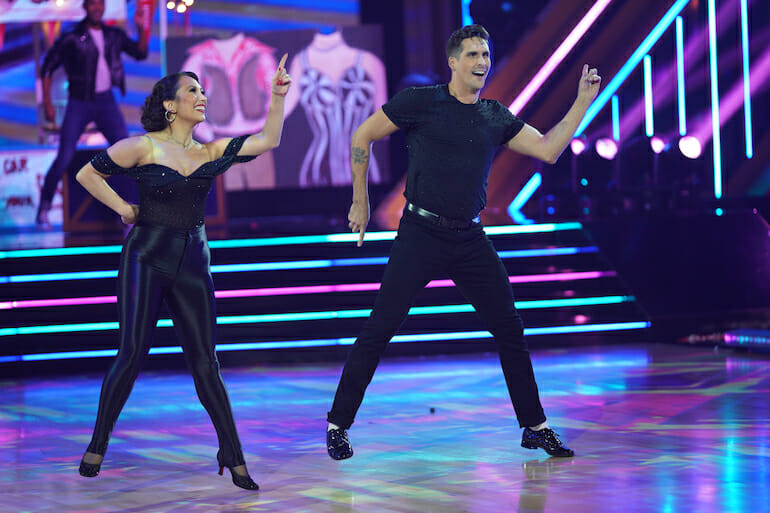 Grease Night on Dancing with the Stars was full of questionable choreography, wigs, and a plethora of leather jackets. The real star of the show was a throwback video of Cody Rigsby dancing in his high school production of Grease. The Peloton trainer looked absolutely mortified watching the video of himself performing as Kenickie. Rigsby had some choice words for ABC after the footage aired.

Cody Rigsby Claps Back at ‘Dancing With the Stars’ Producers

“Want to let everyone know that I am calling my lawyers about that home footage, it’s not even home footage, of that high school performance,” he said on Instagram. “ABC, Dancing with the Stars, BBC, you will be hearing from my lawyers immediately and I am going to hire someone to literally scrub that off the internet. It never existed.”

First off, we have all been there. Embarrassing footage from school productions haunts literally all of us. Whether you have been in a local production of Grease, Shrek, or High School Musical, watching the footage back almost always brings a ping of instant regret to your chest. In Rigsby’s case, he was putting maximum effort into the dance. This performance might be where he originated his famous body roll dance move that he loves to do in his present-day Peloton classes.

In the few short seconds of the video, it became clear that Rigsby was probably the best dancer at his school. He gave the most energy possible on stage among the other students. The weird thing about this is, his Quickstep to “We Go Together” on Dancing with the Stars actually kind of felt like it was lacking energy. Stamina and timing are usually two of Rigsby’s strong suits. Something about this dance just felt off.

It was a very lukewarm performance for Rigsby and Cheryl Burke and they weren’t alone in that category. Mel C and Gleb Savchenko also performed a Quickstep that seemed a little off. It really all boils down to choreography. These two couples got the most upbeat songs in the whole movie to dance to. For some reason, these were the two performances that did not translate well on television. The framing and the footwork were lackluster compared to some of the other routines.

The first 30 seconds of Mel’s performance were filled with flirting with the cameras and not much dancing. Once she performed, Twitter was full of criticism for Savchenko’s choreography. Mel is an incredible dancer and was dealt an unfair hand with this choreography. She was sent home after a very controversial tiebreaker vote from Len Goodman. Many Dancing with the Stars fans even started a conspiracy that the voting system is rigged.

Rigsby also caught some flack online for his performance. Rigsby and Burke performed a jazz routine from home during Britney Night when they both contracted COVID-19. Several viewers still feel like it is unfair that they got to stay in the competition for this long over someone like Mel who has done consistently well. Rigsby is fun to watch and has a great personality so it makes sense why he is still in the competition. Truthfully, if you are going to be mad at anyone, be mad at Goodman for his vote.