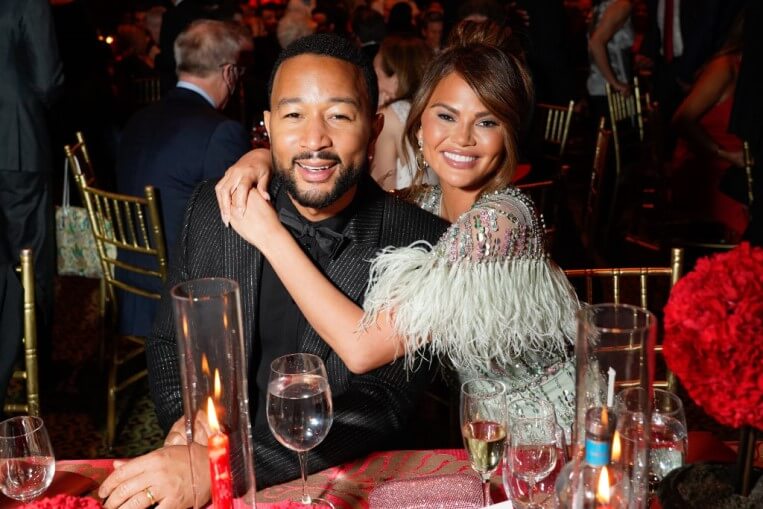 The Voice coach John Legend and his wife Chrissy Teigen are expecting another baby together almost two years after suffering a pregnancy loss with their third child Jack. The couple shared the news on social media Wednesday.

Teigen posted a pair of mirror selfies on Instagram in which she shows off her baby bump in a T-shirt and sheer underwear. In the post’s caption, Teigen reflects on the journey to becoming pregnant again, including IVF treatment.

Teigen wrote that “the last few years have been a blur of emotions to say the least, but joy has filled our home and hearts again.” She added that “1 billion shots later (in the leg lately, as u can see!) we have another on the way.”

“Every appointment I’ve said to myself, “ok if it’s healthy today I’ll announce” but then I breathe a sigh of relief to hear a heartbeat and decide I’m just too nervous still,” Teigen wrote. “I don’t think I’ll ever walk out of an appointment with more excitement than nerves but so far, everything is perfect and beautiful and I’m feeling hopeful and amazing.”

Teigen Has Been Open About Her Journey

In February of this year, Teigen posted about her IVF journey on Instagram, sharing that she was trying “to save as many eggos as I possibly can and hopefully make some strong, healthy embryos.” She also told her fans to please stop asking if she was pregnant.

Legend reposted one of Teigen’s new pregnant selfies on his own account, adding several heart emojis in the caption. The couple has a daughter named Luna, who is 6, and a son named Miles, who is 4.