The Britain’s Got Talent Winner Is The Lost Voice Guy

‘American Idol’ Alum Cade Foehner After a Rockstar Season
June 4, 2018
Be the First to Comment 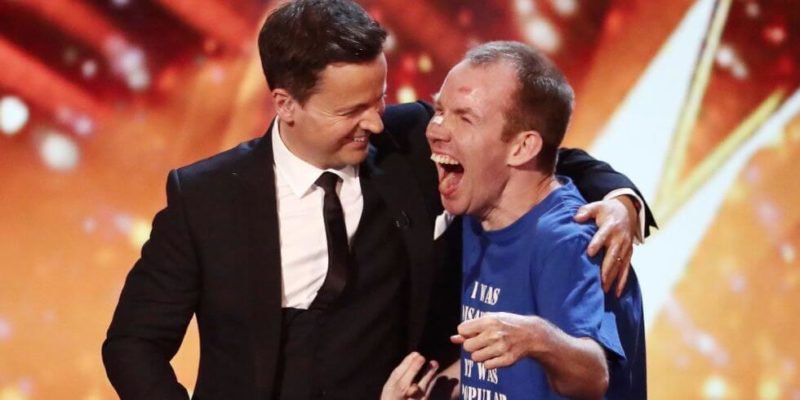 It all came down to the finals last night and the winner, unsurprisingly, was the Lost Voice Guy Lee Ridley who won the 2018 edition of Britain’s Got Talent. We’ve been watching all season, of course, and I have to say that not only is this our pick for the winner, he was also the clear frontrunner. Not only is his story fantastic, he’s also an incredible comedian.

Lost Voice Guy’s victory is big on a couple of fronts. First of all is the fact that someone with a disability that would seem to preclude the very thing he’s trying to do won the show. The other thing is that comedians have never won Britain’s Got Talent. Musical comedian Robert White came in second, another victory for comedy. White also has a disability as he struggles with Asperger’s Syndrome. Donchez, that wiggle wiggle smoothie came in third. I think Britain chose well.

Of course big shoutouts to the other finalists. Jack and Tim were adorable as always and the D-Day Darlings were particularly good. But there can be only one winner. The Lost Voice Guy will go on to perform in front of the queen at a royal command performance. I hope Lost Voice Guy makes fun of Prince Phillip. That guy is kind of a douche. Yes, I watch The Crown.