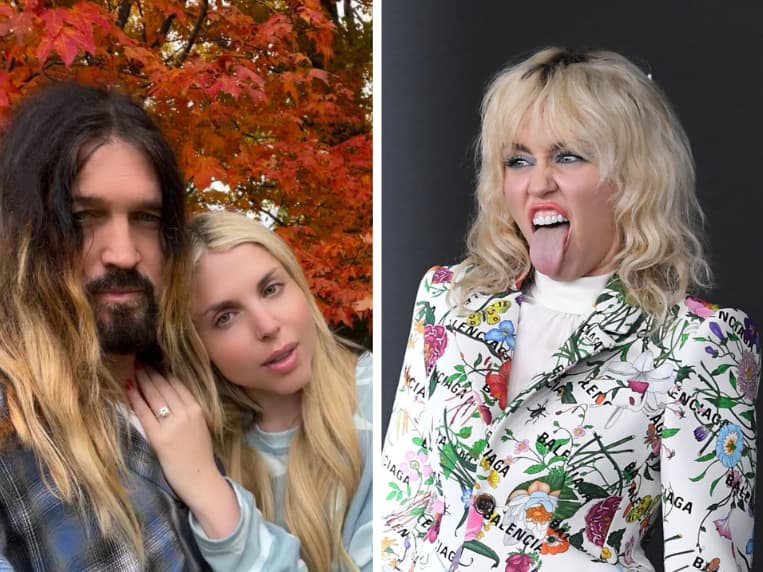 Billy Ray Cyrus has allegedly confirmed his engagement with girlfriend Firerose via Instagram. Amid this shocking news, the country star’s current feud with his daughter Miley Cyrus, hasn’t seemed to ease off just yet.

Cyrus didn’t exactly announce the big news, but with the Australian native slightly flaunted her diamond ring, which made the message more than obvious. For those who may not know, the couple had been dating “for a little while.” According to an insider, working on music together led them to their intimate relationship.

Nevertheless, despite Cyrus and Firerose’s fast-paced romance, no evidence links to Cyrus’ cheating on his now ex-wife. In fact, it was Tish herself who cited “irreconcilable differences” as reason for their split.

At the moment, the 61-year-old country star is receiving online backlash for purportedly grooming his present partner. Apparently, Firerose is believed to be a year younger than his 29 year old daughter Miley. He is Still Not on Speaking Terms with Miley Cyrus

With her parents’ divorce being the reason behind her conflict with her father, it seems reasonable that Miley isn’t yet ready to reconcile. Weeks ago, an insider reported that the daddy-daughter duo had some disagreements with each other. This was most likely why the former The Voice coach unfollowed Billy Ray and vice versa.

“There has been some tension with Miley, which is sad to see, but everyone is hopeful that they will be able to get over it soon enough,” a source said.

Fortunately, Billy Ray’s relationship with his other children were not affected by the recent family breakup. His 22-year-old daughter, Noah Cyrus, has recently collaborated with him for their first duet, “Noah (Stand Still).”