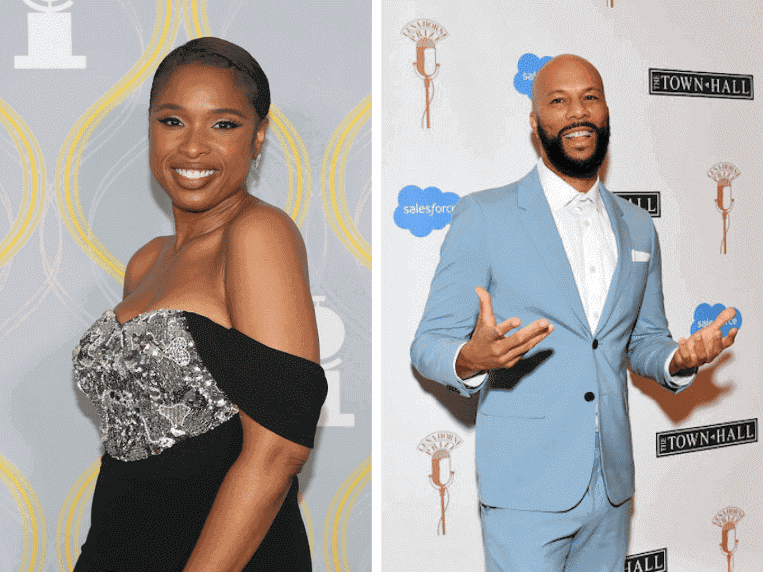 American Idol alum Jennifer Hudson has recently found herself in the middle of dating rumors. Here’s everything we know about her current relationship status.

Are Jennifer Hudson and Common Dating?

Over the weekend, EGOT winner Jennifer Hudson was reportedly seen on a date with rapper Common. Sources claim that the two were “cozy and flirty” at their Philadelphia dinner date. There has yet to be a confirmation on their romance at this time. That being said, it’s important to keep in mind that both celebrities are currently filming a movie named Breathe, alongside Milla Jovovich (The Fifth Element) and Sam Worthington (Avatar).

Dating rumors began to circulate about this pair when an unidentified source sent an Instagram dm to Deuxmoi. For those who don’t know, Deuxmoi is a pseudonymous Instagram account, famous for publishing celebrity gossip directly from sources. Within the source’s dm, they included a photo of the two.

Even though this couple has not confirmed their relationship, fans have begun to take sides on whether they think the rumor is true or not. There was a similar rumor with Hudson and her Respect costar Marlon Wayans, so many are hesitate to believe this was a date.

Hudson has always kept her romantic life personal (for the most part) since launching into the spotlight. The singer dated her hometown boyfriend, James Peyton between the years of 1999 and 2007. At the time of their split, Hudson didn’t explain why they broke up, but she confirmed that it wasn’t due to the fame.

Soon after Hudson’s split, she reportedly noticed her soon-to-be beau on I Love New York 2. Reports state that a mutual friend introduced Hudson to professional wrestler David Otunga. After less than a year, the wrestler popped the question on Hudson’s 27th birthday. Although they never tied the knot, Hudson gave birth to their first child, David Daniel Otunga Jr. in August 2009.

In 2014, Hudson got candid about her marriage mentality on a talk show. Within the interview, she expressed that she’s not big on divorce, so she wants to marry once in her life. It seems like her mentality on tying the knot is what kept the couple from rushing in.

“We will get married one day, but again, my thing is once I get married, I don’t believe in divorce,” Hudson said. “So when I get married, it’s for good. We want to be completely sure we’re together, we’re happy.”

In various other interviews, Hudson continued to explain that they were in “no rush” to walk down the aisle. Seven months before announcing her separation from the professional wrestler, the singer confirmed that they were still “happy and in love.”

After pushing off the wedding for multiple years, the couple split in November 2017. The singer has kept her love life private since her split from Otunga. Since the singer is very private, It’s possible she will never confirm nor deny the current dating rumors.