Grimes Doesn’t Let Her Kids Call Her Mother, Calls Her by Name Instead
October 3, 2022
Be the First to Comment 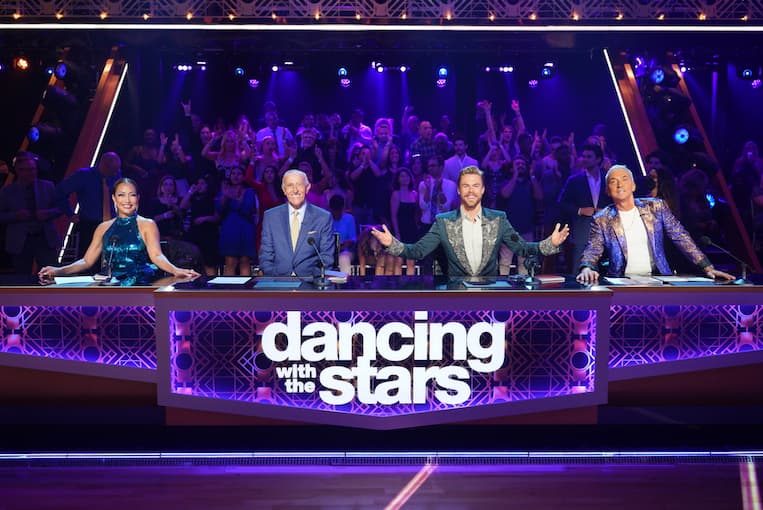 The third episode of Dancing With the Stars season 31 features yet another great theme night, James Bond night. This is done in celebration of the 60th anniversary of James Bond on the silver screen. The dancers will use iconic songs from the James Bond franchise in the highly anticipated episode.

All of the Music Will Be From James Bond Films

Monday night’s episode of Dancing With the Stars will feature iconic music from The James Bond film franchise to all different types of ballroom dances. The theme night will open with a pro performance to “Live and Let Die,” by Paul McCartney & Wings.

As always, fans will see a variety of dance styles in the ballroom this week, here’s a snippet of what you’ll see. Pairs dancing the Rumba include Selma Blair and Sasha Farber, as well as Charli D’Amelio and Mark Ballas. RuPaul’s Drag Race alum Shangela and his partner, Gleb Savchenko will also perform a Rumba to “Goldeneye,” by Tina Turner.

Two pairs are set to premiere a Tango this week, teams include Trevor Donovan and Emma Slater, as well as Wayne Brady and Witney Carson. They will dance to “You Know My Name,” by Chris Cornell and “The Name’s Bond… James Bond,” by David Arnold and Nicholas Dodd respectively. The Bachelorette star Gabby Windey and pro Val Chmerkovskiy will do the Cha Cha to “Die Another Day,” by Madonna.

One notable tune isn’t included in the upcoming James Bond-themed night however. Adele‘s “Skyfall,” from the 2012 film of the same name has been left out, unfortunately.

Joseph Baena’s partner Daniella Karagach will be sitting out again this week, since she is in isolation. Alexis Warr will once again dance in place of Karagach this week with Baena. We’re not sure if Karagach choreographed this week’s dance, or not.

Baena is currently staying focused on the positives, saying “there’s nothing you can really do about it but move forward.”

It’s clear that he’s keeping a positive mentality about the ongoing situation. He also noted that he has been enjoying rehearsal with his temporary partner. Baena and Warr will be performing the Argentine tango to “Writings On the Wall,” by Sam Smith.

On Sunday October 2, Karagach updated her fans on what’s happening this week. According to the professional dancer, she will be back to the show next week.

“I’m so excited, I finished choreographing the dance earlier this week after 500 million hours sitting at home,” she said. “Oh my gosh you guys, quarantine was the worst. I also couldn’t see Pasha obviously because he was quarintining in a hotel.”

Within her update, Karagach revealed that next week’s theme is Disney night. She finished out her message by thanking fans for their kind words and well wishes from the past week. Later, she revealed that her husband, Pasha Pashkov, and Baena both continue to test negative.