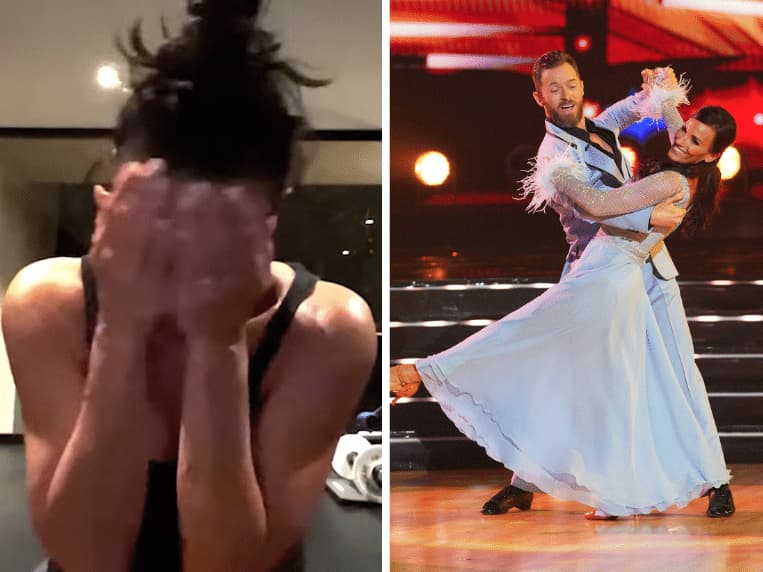 In an eight-minute YouTube vlog, Heidi D’Amelio shares a raw compilation of her first week on Dancing With The Stars Season 31. The TikTok mom didn’t hold back in her reviews of the series. She shared her honest thoughts about competing in the dance competition.

It’s no secret that Heidi D’Amelio wanted to quit the show before it kicked off earlier this month. Within her DWTS week one vlog, she explained all of her frustrations and emotions following a bad rehearsal. Even though this celebrity has a past in dance, it’s clear that preparing for this show is far from easy.

“I don’t know what’s wrong with me, I could not get it together. I was messing up on every single thing,” she said. “Today I was forgetting hands, head, arms, feet.”

The influencer wasn’t able to stop the urge to cry in the video. This is most likely related to the recent news where Heidi detailed the pressure she felt prior to DWTS premiere.

Even though Heidi was nervous ahead of the premiere, her and Artem Chigvintsev scored a 24 out of 40 in the first week of the competition. Their first performance was a cha cha to “Lady Marmalade” by Christina Aguilera, Lil’ Kim, Mya, P!nk.

“I feel good, I feel relieved, I feel exhausted,” she said in her vlog.

Heidi reflected on the premiere of the reality series, saying that she learned a lot and struggled a bit. Nonetheless, she said that she’s “happy with how everything turned out.”

She Recalls Manifesting Her Place in the DWTS Cast

Apparently, Heidi and Charli jokingly manifested themselves joining the dancing reality series. In the first part of her vlog, Heidi revisited a past video clip where she and Charli were dancing in New York.

A year ago, she uploaded that video on the internet, kidding that it was their audition tape for DWTS. She had no idea that she would be casted in the series at the time. Surely, fate has made its wonders for the mother-daughter duo.

Also included in Heidi’s vlog was a tour of her on-set trailer. Her trailer contained a few essential stuff like her bag, DWTS robe, toiletries, blankets, pillows, and slippers. Heidi also brought a picture of her family as well as the flowers Charli gave her.

We hope Heidi will continue vlogging her journey on Dancing With The Stars as the weeks go on. We cannot wait to possibly hear more about Heidi’s “Suspicious Minds” rehearsals for Elvis night.