Watch All Of Simon Cowell’s Golden Buzzer Acts From ‘AGT’ 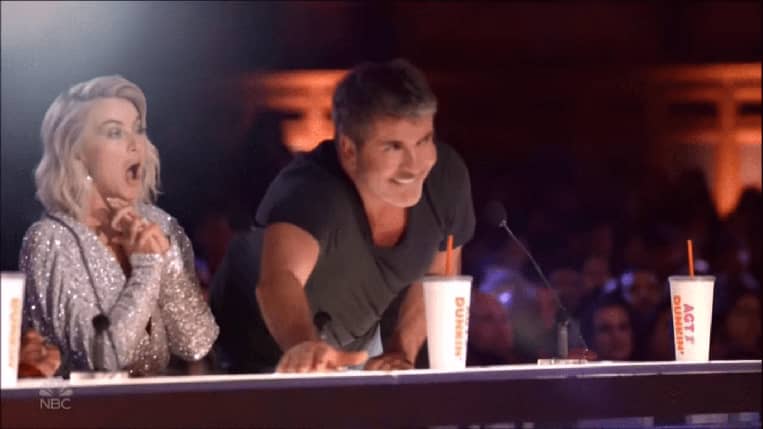 America’s Got Talent‘s live shows start next week, and it’s been an incredible season so far. This season, judge Simon Cowell used his Golden Buzzer for the season to send an inspiring young musician to the live shows.

Let’s take a look back at all of Simon’s Golden Buzzer acts since he joined AGT in Season 11. As you’ll quickly notice, Simon has a soft spot for talented musicians with powerful backstories. It’s a far cry from the mean Simon we got to know on American Idol.

Season 11 was Simon’s first season as a judge on AGT, and he used his Golden Buzzer to send this teenage ovarian cancer survivor to the live shows. She delivered an inspiring performance of “Fight Song” by Rachel Platten. “I think you’re really special,” Simon told her before hitting the buzzer. Calysta made it to the Semifinals.

In Season 12, Simon was wowed by deaf singer Mandy Harvey. She performed an original song called “Try” in her audition. “I don’t think you’re gonna need a translator for this,” Simon told her before hitting the Golden Buzzer. “That was one of the most amazing things I’ve ever seen or heard.” Mandy finished in fourth place.

Simon’s Season 13 Golden Buzzer act was singer Michael Ketterer, a pediatric mental health nurse with six children who came from foster care. He performed “To Love Somebody” by the Bee Gees. Michael finished in fifth place, but was arrested on suspicion of domestic violence after the competition ended.

During AGT: The Champions earlier this year, Simon Cowell hit the Golden Buzzer for returning singer and plane crash survivor Kechi, who originally appeared in Season 12. She performed “You Are the Reason” by Callum Scott. “I didn’t really like it that much,” he told her before hitting the buzzer. “I actually loved it.”

This season, Simon’s Golden Buzzer went to this 11-year-old violinist who battled cancer and was bullied at school. He performed to Kelly Clarkson’s “Stronger.” Simon said he wanted to send a message to bullies by hitting the Golden Buzzer for Tyler. “You are an extraordinary young man,” Simon told him. Tyler is going straight to the live shows.

Simon Cowell and The History Of ‘AGT’

Simon Cowell BREAKS DOWN in tears after the girl he paid to have surgery returns to the stage. See the amazing story here.