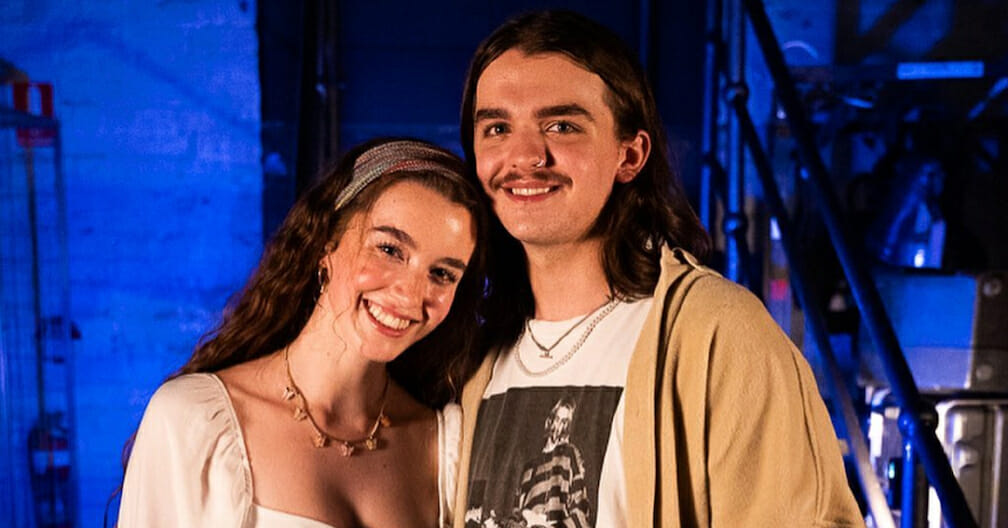 Sian Fuller did not plan on auditioning for Season 10 of The Voice Australia, but she is now the early frontrunner in the competition. The 16-year-old initially came to show support for her brother Jordan who signed up to audition. The day ended with Sian taking the stage with a dynamite audition of her own that earned a ton of love.

Sian and Jordan Fuller Steal the Spotlight on ‘The Voice Australia’

The entire Fuller family is full of incredible singers. Jordan prepared backstage for his audition that he hoped would change his life. Host Sonia Kruger sat down to have a chat with the family before Jordan’s audition. Once she found out that Sian is also a singer, she asked her if she wanted to audition for the show.

The producers informed Sian that they could squeeze her in for a Blind Audition in front of the judges. It just so happened that Sian’s audition would take place right after Jordan’s. Jordan performed “Falling” by Harry Styles. Keith Urban, Rita Ora, Guy Sebastian, and Jessica Mauboy all turned their chairs during Jordan’s Blind Audition.

Ora ran up to the stage to grab the microphone out of Jordan’s hand. She felt the performance was worthy of a mic-drop. Jordan decided to join Team Guy, which is already stacked with incredible talent. Bella Taylor Smith has generated the most buzz on YouTube with her audition. Jordan and Bella will be a force to be reckoned with on this team together.

Sian then took the stage for her spontaneous audition with very little preparation. She sang “Bruises” by Lewis Capaldi. Jordan stood watching backstage with a huge smile on his face. Just like her brother, Sian got a four-chair turn. Both siblings demonstrated that they are the epitome of talent.

“I’m just so blown away that you just rocked up today with your fam, supporting your bro and you’re now on stage,” Mauboy said after the audition. “That is the most magical thing to happen.”

Sian was then forced to make a very difficult decision. She could either join Jordan on Team Guy or go with another coach. She ultimately decided to join Team Rita. Ora was elated by Sian’s decision.

The Siblings Are Fully Supportive of Each Other

Even though Sian and Jordan will be competing on different teams, they have nothing but love and support for each other. In an Instagram Story on the official account for The Voice Australia, the duo spoke about how they will navigate competing on the show. Jordan feels that “a good rivalry is important.” They both will be happy regardless of the outcome of the competition.

“UM WE BLOODY DID IT 4 CHAIRS AHHH @siannfuller!!! Can u believe that how bloody good she did though ???? ⁣did she steal my moment lmk what u fink xoxo,” Jordan wrote on Instagram.

Sian also took to Instagram to share that she is “so incredibly grateful to have been given this opportunity and to share it with my incredible brother @jordanfuller.” As the coaches look to fill their teams, many viewers on YouTube have already pegged Sian as the frontrunner in the competition.

“As long as they don’t give her stupid songs to sing she will win hands down,” one person wrote in a YouTube comment. “Calling it now. Don’t let her down coaches.”

There have been many times in the past on talent shows where one person shows up just to support someone and they end up auditioning themselves. Just look at Laine Hardy’s return to American Idol in Season 17. He was only there to play guitar for his friend. The judges convinced him to audition again and he ended up walking away as the winner. Sian could be the next winner of The Voice Australia after taking the chance to audition.

5 Things to Know About ‘Lego Masters’ Host Will Arnett