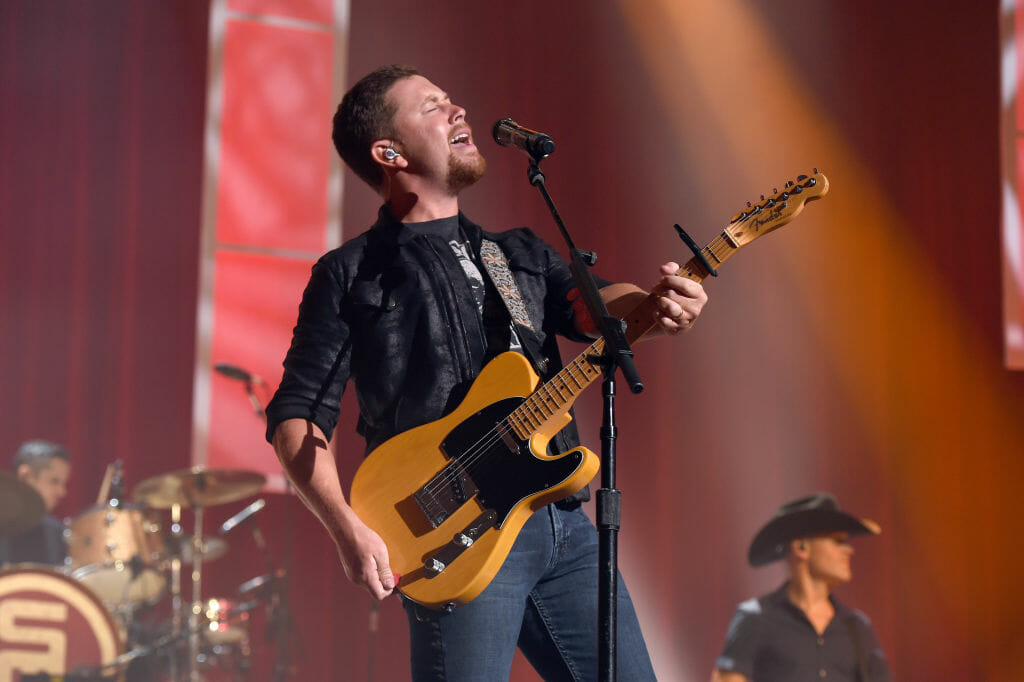 Scotty McCreery, the beloved American Idol winner, teased an upcoming project on his social media. “New music’s coming sooner than you think,” he wrote to fans, and the response has been massive! Fans cannot wait to see what McCreery has in store. With those signature deep vocals, how could he ever disappoint?

The Country superstar teased what looks like behind the scenes footage of an upcoming music video. It could also be footage from his upcoming album photoshoot. The 13 second trailer features McCreery sporting a leather jacket in front of a vintage white Ford.

The social media response to McCreery’s teaser trailer has caused a frenzy among his fans:

McCreery began his career on season 10 of American Idol at just 16 years old when he took the crown that season. The Country crooner was also one of the most memorable in the audition room. His deceptively deep vocals for such a young man allowed him to stand out among the others. His rendition of “Your Man,” by Josh Turner gave him the golden ticket to Hollywood, and skyrocketed him to star status.

After Idol, his debut album was released in 2011 and went certified Platinum in the United States. It included the songs “I Love You This Big” and “The Trouble with Girls,” both top 20 hits. McCreery also released a Christmas album the following year, preceding his third studio album, See You Tonight. His hit single of the same name became his first song to reach the top ten on Billboard’s Country charts.

In September of 2020, “You Time” was released, as the first single to his upcoming fifth studio album. Is this what finally awaits fans? Could McCreery be teasing the remainder of his upcoming album? I sure hope so, and the fans do too. The artist has already announced his “You Time” summer tour, so I feel like the music will soon follow. What chart topping hits are in store this year for the Country star? Only time will tell.

‘The Masked Singer’ Season 6 is Coming! Here’s What We Know