Is The Pussycat Doll Reunion Simon Cowell’s Desperate Effort to Save ‘X Factor’?

How Judging ‘The Voice’ is a Full Circle Moment for Pop Star Rita Ora
November 26, 2019
Be the First to Comment 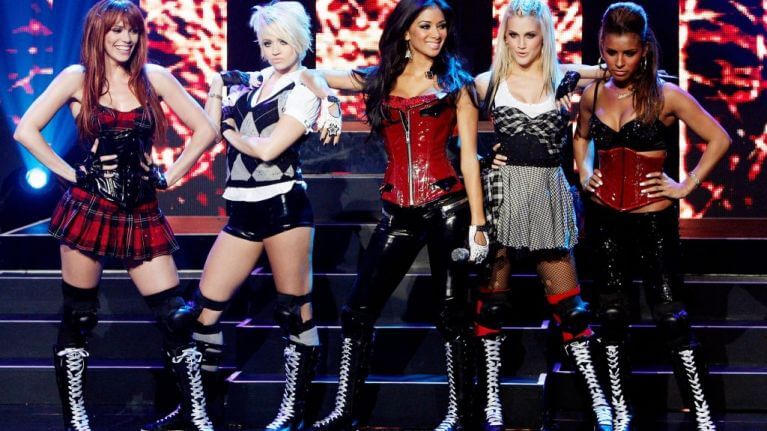 The X Factor final is always packed with surprise acts but could this be the biggest one yet? Here’s all the details you need about the upcoming reunion on this weekend’s ‘X Factor Celebrity‘ finale!

The Pussycat Dolls are back

Nicole Scherzinger, Ashley Roberts, Kimberley Wyatt, Jessica Sutta, Carmit Bachar and Melody Thornton will return for Saturday night’s show. How exciting is that but also, like Simon, how desperate can you get? Louis Walsh couldn’t help but spill the tea about the reunion on ITV’s Lorraine: ‘The Pussycat Dolls are the guest! There’s an exclusive for you.’

Louis Leaks Information to get people to tune into X Factor

Producers at the show approached Nicole about the idea and she was super keen on it because let’s face it, you don’t say no to Simon if you want to last on the franchise and also if you want to judge the next X Factor show he is producing… as the only other judge. The great part? We actually are Spice girls fans and since this will be the biggest reunion the band has done since they broke apart — people should tune in too.

Louis and contestant, Megan appeared on the daytime chat show, Lorraine to discuss the show. Walsh said that he had put her name down to do the show before he was even her mentor! He also said that McKenna could become as big as Taylor Swift… big ambitions there!

The X Factor judge also mentioned how much he loves working with Simon and Nicole on the show and how happy he is to be back but not for long Louis, the cat is out of the bag.

McKenna has been called the one to beat after her numerous stunning performances during the live shows. She has sung original songs nearly every week and has even reached the top charts with them! It looks like Megan is well on her way to a huge career in music once the show is over.

‘X Factor: The Band’ will feature only 2 judges!

For the first time in TV talent show history, ‘The Band’ will have just two judges; Simon Cowell and Nicole Scherzinger because who needs more judging to jump a sinking ship. Is Simon trying to save X Factor or take away the last saving grace it has?

The show’s aim is to discover and create TWO new groups, one girl-band and one boyband so it would only make sense that there are two mentors. Simon and Nicole have worked together on X Factor for years and they both trust each other’s instincts so we’re certain they’ll find some stars!

Want to find out more about the new show? Take a look at other versions of ‘The Band’ across the globe:

Excited? Us too! ‘X Factor: The Band‘ begins this December.

‘The Voice’ Results: The Top 10 Revealed! Who Went Home?