‘DWTS’ Winner Jordan Fisher is the Ultimate Renaissance Man
January 26, 2022
Be the First to Comment 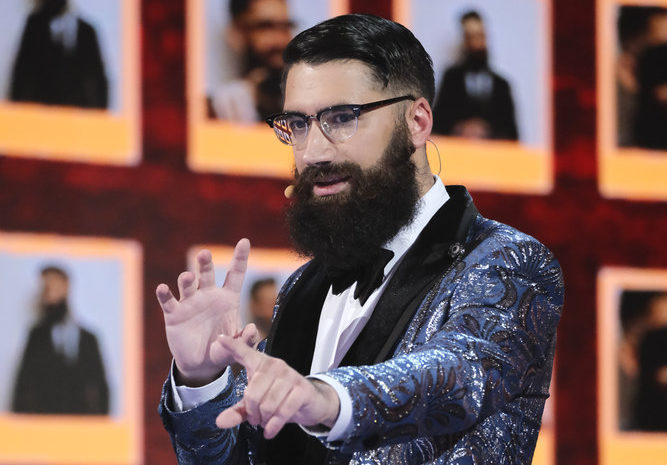 America’s Got Talent semifinalist Peter Antoniou is taking fans behind the scenes for his upcoming gig at America’s Got Talent Las Vegas Live. The psychic comedian received the star treatment as he made his way to Vegas. The performer is scheduled to appear as his scheduling allows. His next performance on January 30 will reunite him with Dustin Tavella, Jimmie Herrod, and Lèa Kyle.

Peter’s behind the scenes look started with him arriving in the states. The Great Britain native gives fans tips on flying in America, hilariously mentioning to arrive early “because TSA will want to know why you are carrying duck tape, a blindfold, and a fake hand with you.”

The Season 16 alum stays true to his comedic ways. Peter’s dream of having a show on the Vegas strip was coming true. He tells his fans how “obsessed” he was with Vegas growing up. When the star was 21, the first thing he did was take a trip to Viva Las Vegas.

“Achieving a literal childhood dream” makes him nervous he says. Based on his stellar performances throughout his season, the mentalist has nothing to worry about. For the show at the Luxor Hotel and Casino, Peter will perform one act, having to narrow down three acts he pitched.

At rehearsals, Peter learned to be “patient” as it took longer than he expected. Still, he was grateful. The full circle moment for Peter came when producers of the show chose one of the first acts that he created as a teen. To be able to dream of being on the Vegas stage in his youth, and now be scheduled to perform with an act he created at 15 years old, was a sweet cherry on top for him.

Fans of the show will remember Peter as he shocked judges with his audition. His performance consisted of a mentalist routine involving locating an object from a doll-sized house with rooms decorated for each judge, and helping Sofia Vergara find her engagement ring out of a thousand boxes scattered in the backstage area. All four judges voted yes.

America’s Got Talent fans have been flocking to Vegas ever since the live show launched in 2021. The show has quickly become one of the best attractions on the Vegas strip. The 75 minute show is hosted by Preacher Lawson. The Season 12 stand-up comedian was a finalist during his season. Simon Cowell’s entertainment company Syco is the primary producer of the live show, along with the company Fremantle.