Meet Kevin Hawkins, The Singer Gwen Stefani Used Her Block and Steal For 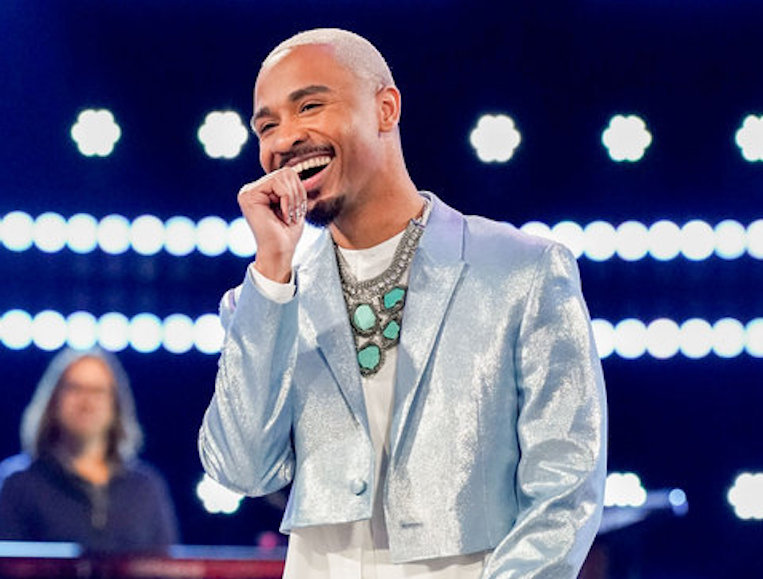 Kevin Hawkins began his time on The Voice strong, with his smooth Stevie Wonder rendition. As he heads on to the Live Playoffs, this Texas native is certainly not wasting any of his chances to become the season 22 winner.

During Kevin’s Blind Audition, Gwen Stefani followed her gut to use her Block against John Legend. While Legend is indeed Kevin’s first choice, the 28-year-old singer chose Blake Shelton to be his coach, denying Stefani a chance.

The Battle Rounds proved to be challenging when he fought for a spot in Team Blake against Hillary Torchiana. The duo performed Legend’s 2019 chart-topper “Preach.” Hawkins’ star power truly proved that he had what it takes to be on Team Blake.

However, when the Knockout Rounds came about, his take on “This Woman’s Work” by Maxwell lost to Bodie’s “Better Now” by Post Malone. This put Kevin in a risky situation. Luckily, not one, but two coaches were waiting to hit their Steal Buttons. Stefani and Camila Cabello both tried to steal this singer from Shelton.

“Gwen, you were the first one to turn around for me, so I’m going with you,” he said.

Finally, Stefani has a chance to coach this unique singer. Since the coach has finally gotten her hands on this singer, we can’t wait to see how her coaching helps him improve.

What Has He Been Up To Before The Voice?

Prior to The Voice season 22, Kevin taught piano lessons to seventh and eighth graders at a middle school. The singer was raised in Lancaster, Pennsylvania, and obtained a bachelor’s degree in Vocal Performance and Music Education from the University of North Texas.

If we are to look into his musical background, it isn’t surprising that he was able to pull all coaches during his audition. He’s also been a performer at Klyde Warren Park’s summer artists series and headlined the 44th Harambee Festival in Dallas, Texas.

Today, Kevin Hawkins has to face the pressure of The Voice Live Playoffs. If you want to see how he’ll do in the next round, be sure to tune in to the competition on Mondays and Tuesdays on NBC.