‘The Masked Singer’ Spoilers, Clues & Predictions: Who Is The Unicorn?

Who is Queen Cobra? ‘The Masked Singer’ Prediction + Clues Decoded!
January 18, 2019
Be the First to Comment 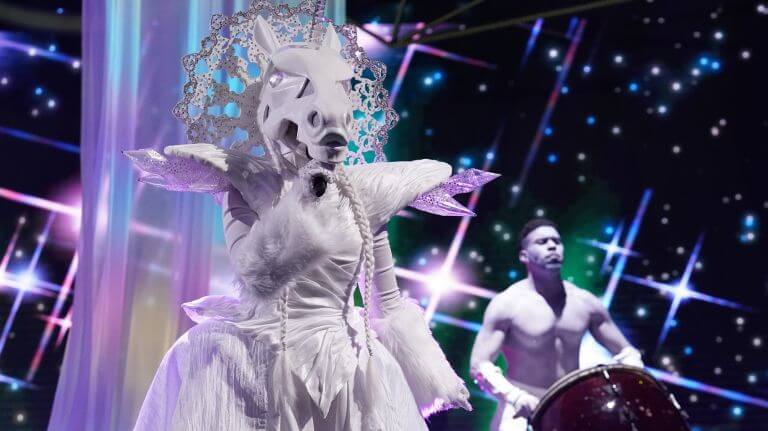 The Masked Singer kicked off last night with its first six performances. While we’ve unmasked one singer, the rest are still unknown, including the Unicorn. But we’ve learned a lot about her background already!

Here’s everything we know about the Unicorn as of now:

Strength: Made of magic

Pre-Show Clues: All we got from the initial clue video was a shot of earrings!

Episode 1 Clues: The Unicorn grew up in a rich neighborhood (implied Beverly Hills). She dreamed of singing but growing up, someone close to her told her she was tone deaf. After this, she never pursued singing. But she says that “true magic comes from within, all you have to do is believe.” The Unicorn also says that she is called “Bird.”

Pre-Show Clues: The Unicorn is shown next to encouraging notes written on pieces of paper. They say things like “You are an amazing unicorn” and “Keep being majestic.”

Episode 3 Clues: The Unicorn said she’s been lacking confidence because she “lost her sheen.” She was scared for her first performance but when she stepped on stage she was flying high. She came here and overcame her fear of being judged. This week, she’s going to exude “model behavior.” The Unicorn says she’s “going for the gold” now. When asked if she’s known for being a gymnast, the Unicorn humorously responded, “in the bedroom!”

Episode 3 Song: “Oops! …I Did It Again” by Britney Spears Tori Spelling not only matches the height requirement for the Unicorn, but she was also raised in Beverly Hills. Her dad was a prominent television and film producer growing up. She also appeared on Beverly Hills, 90210. Tori released a fashion and jewelry line on HSN in 2008, which would explain the earrings clue. Her name, Tori, also means “bird” in Japanese! It seems pretty likely, from everything we’ve seen so far, that Tori Spelling is the Unicorn. She also recently appeared at UniCon as a guest speaker. UniCon is a “gathering of Unicorn Moms meant to empower and encourage them to embrace their individuality.” This also ties in to the inspirational notes in the pre-show clues for Week 3.

The rest of the Week 3 clues tried to steer the audience toward other options. One was Denise Richards being the Unicorn, with comments about how she “lost her sheen” and her “model behavior.” Another was the Unicorn’s mention of “going for the gold,” which led the judges to think it was a gymnast. But the Unicorn turned that theory down. We still think it’s Tori Spelling, based on her backstory.