Haven’t We Seen This Before? Did Val Chmerkovskiy Rip Off A Dance in The ‘DWTS’ Finale?
October 17, 2022
Be the First to Comment 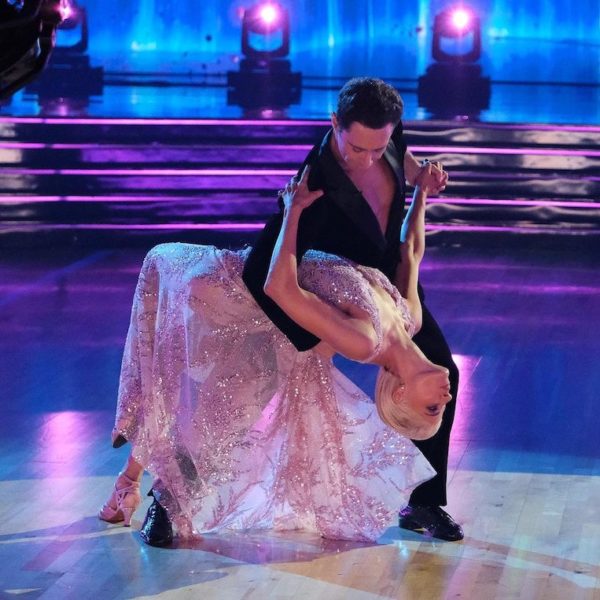 This week’s first episode of Dancing With the Stars was filled with heartfelt stories, good times, bad times, and tons of tears. While paying tribute to either the best or worst year of their life, celebrities and their partners performed flawless routines to remember the years.

Selma Blair Withdraws From the Competition

The couple’s final dance of the competition was a beautiful waltz. It was clear the cast was just as shocked as fans at home, since there wasn’t a dry eye in the house following the waltz. The pair’s final dance earned the first perfect score of the season. It was truly deserved since Selma broke boundaries.

Before taking her final bow, Selma explained that she was on bedrest, other than getting on her horse, for the past ten years. Dancing was a lot on her body in the competition, even though her injuries were minor, she knew that it was better for her to withdraw.

A Night Filled With Redemption

The beginning of the night started with a higher note, happier stories, and sweet sweet redemption. After scoring lower than previous weeks Trevor Donovan and Emma Slater came back to the stage to prove themselves. Their beautiful dance to “Viva La Vida” by Coldplay earned 32 out of 40 points.

Joseph Baena and Daniella Karagach also came back to the ballroom for redemption tonight. The pair performed a beautiful Rumba, that was called the best male Rumba ever seen on the show. Due to the pair’s positive comments, they received their first nines of the season. Their total was 34 out of 40 points.

CODA star Daniel Durant took the floor to “Both Sides Now” by Joni Mitchell. The song brought back happy memories for the actor, since it was used in the climax scene of the film. Not only was Daniel and Britt Stewart’s contemporary dance beautiful, it incorporated Gabe, Daniel’s interpreter. Everything about this dance was beautiful, it was no surprise that they earned 34 out of 40 points.

The Three Way Tie for First Place Finally Breaks Up

After holding a three way tie for first place for multiple weeks of the competition, Charli D’Amelio has finally pulled ahead of her competitors. After explaining that 2022 has been the most memorable for her, since she began therapy and has learned to not let her anxieties overwhelm her, she performed a beautiful contemporary piece with Mark Ballas. Within the dance the TikTok star danced as herself, while her partner danced as her anxiety. Their breathtaking dance earned the first 10 of the season, all together they earned a score of 39 out of 40.

Right behind Charli on the leaderboard was Wayne Brady, who showed off his love for his daughter in the episode. Wayne and Witney Carson performed a foxtrot to his song that was featured in Cinderella. Even though the writers created the song about the character, Wayne has always said he was singing for his daughter. His foxtrot with Witney Carson earned 37 out of 40 points.

Finally, the Bachelorette star Gabby Windey remembered her time working as a nurse in the emergency room during the COVID-19 pandemic. The judges commented that their dance flowed perfectly before giving the pair a score of 36 out of 40 points.

Dancing With the Stars returns on Disney+ tomorrow night at 8 p.m. ET for the highly anticipated Prom Night and dance marathon. Another pair will be eliminated at the end of the episode. All votes casted during tonight’s broadcast will automatically count toward tomorrow night’s episode.