Haven’t We Seen This Before? Did Val Chmerkovskiy Rip Off A Dance in The ‘DWTS’ Finale?
October 31, 2022
Be the First to Comment 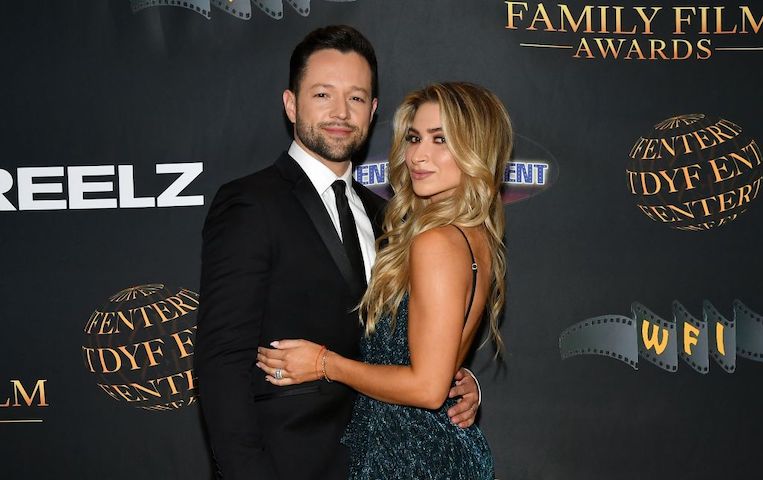 Daniella Karagach and Pasha Pashkov had an instant chemistry not just on the dance floor, but in their relationship as well resulting into a real-life romance. This adorable romance began in the ballroom, so let’s take a look at the relationship timeline of Dancing With the Stars pros.

Dancing With the Stars pro Daniella Karagach recently posted major throwback photos with her husband, Pasha Pashkov. These photos include various years in their relationship, the latest being 2009 when their romance began. For those who may not know, the couple first met when they became dance partners in early 2009.

When Pashkov was in search of a new partner, his coach advised him to dance with Karagach. At first, he was unsure of her, since there was a six and a half year age difference. After pondering the idea, Pashkov invited Karagach to try out for the role. After a 20 minute tryout, the two seemingly found magic with every step of their routine. They both had a feeling that their partnership would be special.

The spark they felt while dancing together turned out to be full-blown love that developed a month after Karagach turned 16. Pashkov was 23 when they began dating amidst their dance rehearsals. After four years of dating, Pashkov proposed to Karagach on January 1, 2012. They were engaged for two years and finally tied the knot on July 2014.

As dance partners, Karagach and Pashkov have won multiple international competitions together, becoming seven-time United States 10-Dance Champions. In addition, they are known as the first couple in 40 years to represent the US in all four styles at the World Championships. Their popularity and success in the dance industry eventually led to their career on Dancing With the Stars.

Karagach and Pashkov both joined the DWTS in 2019. In season 28, Pashkov was paired with Kate Flannery, while Karagach was apart of the troupe with Keo Motsepe. They both have remained in the cast since then. At the time of writing, Karagach has the most Mirrorball wins. She won her first Mirrorball in 2021 with partner Iman Shumpert.

Their Relationship in Present Day

It’s no secret that working with your spouse can be difficult. Even though we’ve seen other DWTS marriages split, Pashkov and Karagach are still going strong in 2022.

The two celebrated their eight year anniversary on July 2022 on Instagram by showing their favorite moments together. After eight years of marriage, the two do not have children yet, but they have expressed their desire to have one.

“[We] Absolutely [want children],” Karagach said. “We just really want to focus on this, this is something that we’ve been wanting for a really long time Dancing With the Stars, not a baby [laughs] and I feel like now that we have it we want to put our heart and soul into it and do the best that we can in it.”

Pashkov also revealed their desire, stating that they have wanted to for a while.

“If we could, we would’ve had our baby like five years ago. We really want kids,” Pashkov said.

It’s clear that this couple is currently enjoying their married life with one another. Even in 2022, it’s clear their spark hasn’t dimed.