Luke Bryan Releases Patriotic Song ‘Country On’ in Time for Fourth of July
May 31, 2022
Be the First to Comment 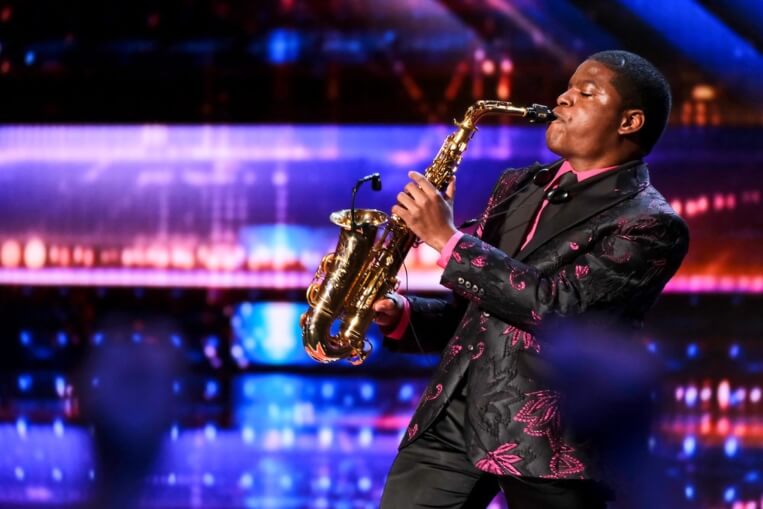 The episode also featured some unique and interesting performances that we’ve never seen before on the show. One auditioner even got the judges to change their minds about his performance thanks to the audience reaction.

Avery Dixon told the judges that he started playing the saxophone in elementary school after getting bullied by his classmates. Other kids made fun of Avery for the way he looked and sounded, as he was born premature.

The judges were already moved emotionally by Avery’s story, but once he started playing, they started moving physically as well. Sofia Vergara, Heidi Klum, and Howie Mandel were up and dancing during the musician’s performance. All four judges gave him a standing ovation.

As the judges were about to vote on whether to send Avery through to the next round, Crews stepped out from backstage and told them there was no need. He told Avery that he should “tell every bully that you have a big brother named Terry Crews.” Then he hit the Golden Buzzer, sending Avery straight to the AGT Season 17 live shows in an emotional moment.

Singer Gets the Judges to Change Their Minds About Him

One of the craziest moments from Tuesday’s AGT Season 17 premiere came when singer Ben Lapidus took the stage. Ben shared that his father passed away when he was young, and he wrote songs to cope. When he said he was performing an original, most people probably expected something emotional.

However, Ben ended up singing all about wanting more parmesan cheese at the Italian restaurant, but being too embarrassed to ask for it. Three out of the four judges hated the performance, except for Klum. The audience also enjoyed it, and they booed Simon Cowell for his negative response.

With the audience’s support, Ben started his song again. By the end of it, Cowell changed his “no” vote to a “yes.” Mandel was still not having it, but Vergara was convinced by the audience to change her vote as well, even though she clearly didn’t enjoy his performance. Ben will be back for the next round.

Several of Tuesday’s performers found ways to put a new twist on traditional talents. For instance, Celia Muñoz of Spain shared that she’s an opera singer who has been practicing ventriloquism for two years. Instead of a puppet, she used a radio and a telephone as her props, wowing the judges.

Then there was Veranica, a 12-year-old dog trainer who combined amazing animal tricks with quick change. Her dogs actually changed their costumes in the blink of an eye during the performance. Meanwhile, Shu Takada of Japan made the yo-yo cool as he combined it with dancing and acrobatics. Klum told him that it was “the best yo-yoing we’ve ever seen.”

Magician Mervant Vera also put a unique spin on card magic as he combined it with rapping and wordplay. The judges were left wondering why he’s never auditioned for the show before. All of the aforementioned acts made it through to the next round.

We can’t wait to see what the rest of the season has in store. AGT Season 17 will return next Tuesday night on NBC.