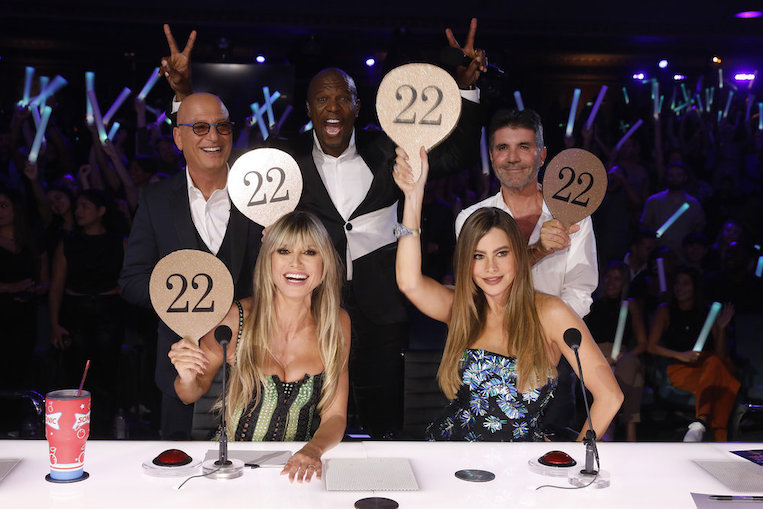 America’s Got Talent All-Stars is officially set to film this month. Many believe that Britain’s Got Talent judge Alesha Dixon has already hinted at her involvement in the near series. For those that may have missed it, AGT All-Stars is reportedly AGT: The Champions, under a different name.

The official America’s Got Talent All-Stars filming dates have been confirmed, and tickets to view the live taping are available now. The latest edition of AGT: The Champions is back under a different name, where the most talented individuals from the show compete to be crowned the All-Stars champion.

America’s Got Talent is set to return once again with a brand new spin off series. AGT All-Stars will involve contestants from across the globe, featuring but not limited to past winners, fan favorites, viral megastars, and more. The winner of the series will be crown as the All-Stars champion.

AGT All-Stars may be coming sooner than expected. Merely weeks after Cowell’s announcement of the series, the official filming dates have been revealed. Filming will take place on October 8, 12, 15, 25, and 28, as well as November 3, and 6. AGT All-Stars is set to film at CBS Studios-Radford in Studio City, California. Any fan interested in attending the taping can sign up for tickets here.

AGT All-Stars has some strict rules in place when it comes to filming. Audience members are advised to not arrive later than the time specified on the ticket. Only fully vaccinated individuals are eligible to attend the filming. All audience members must be at least 8 years old. Audience members under 18 must be accompanied by an adult or legal guardian.

Food and drinks are strictly prohibited in the studio, and audience must adhere to the specified dress code. Lastly, viewers will have to sign an agreement given by the show regarding audience safety and attendance.

SEE ALSO: IS ‘AGT: THE CHAMPIONS’ COMING BACK? HERE’S EVERYTHING WE KNOW

Alesha Dixon Teases Her Return to America for AGT All-Stars

Since AGT All-Stars is considered the upcoming third season of the series spin-off AGT: The Champions, the same format is expected for the show. Participants for the competition will be chosen by production staff from the most notable competitors within the history of AGT.

Unlike the main series, AGT All-Stars will not be held live, instead, the episodes will be filmed before being edited by the production staff for broadcast at a later date. In addition, previous seasons of the show have featured “Super Fans” that vote in place of viewers at home.

At this time, Simon Cowell and host Terry Crews are expected to be returning for the upcoming spin-off. There has been no official announcement on who will be judge besides Cowell, but Alesha Dixon has hinted at her return to the series.

Since filming dates have been revealed, Dixon has shared various photos to her Instagram stories that practically confirm her involvement in the series. Each post has featured the BGT judge in popular California locations.

Fans have recently begun guessing other members for the judging panel, as well as which acts will return. Many believe that other judges will include Howie Mandel and Nicole Scherzinger, while anticipated acts are Darci Lynne Farmer, The Mayyas, and Dustin Tavella.