Haven’t We Seen This Before? Did Val Chmerkovskiy Rip Off A Dance in The ‘DWTS’ Finale?
January 13, 2022
Be the First to Comment 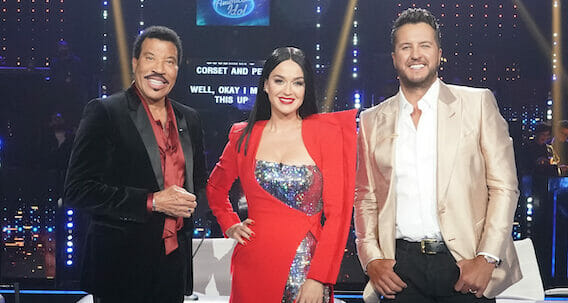 American Idol‘s 20th season is right around the corner, and we cannot wait to see what’s in store. Until the next season of the series comes around, let’s see how well you would do if you got the opportunity to audition for the three judges.

If you’re like me, you’ve wondered how far you could get on your favorite shows. Everytime I’m watching shows like American Idol, I can’t help but question if I would actually be a good contestant or not. You don’t need to show us your ability to sing to be in American Idol this time around.

Would you be the next American Idol, or would you not even make it past your audition? Take this quiz to find out.

Everything We Already Know About American Idol Season 20

ABC’s newest season of American Idol begins on February 27 at 8 p.m. The popular show is finally returning to air after a full year, yet it feels like just yesterday that Chayce Beckham was announced as the winner. The celebrity judges and hosts will stay the same in the upcoming season. Katy Perry, Lionel Richie, and Luke Bryan will return to the judge panel alongside longtime host Ryan Seacrest. Fans have been tirelessly waiting for the premiere and can’t believe it’s finally just around the corner.

Differing from the judges and host, guest mentor Bobby Bones will not be returning in the upcoming season. He released a statement on his Instagram story stating that his new contract with his new network will not allow him to do the show right now. There has not been any indication as to what show will be taking his time away from American Idol.

The judges began their search for the next American Idol in early October when filming in Austin, Texas. Soon enough, fans of the series will be able to see who will take the entire competition on the next season of American Idol.