Blake Shelton is Taking His ‘The Voice’ Red Chair After Retiring, “They Owe Me The D*mn Chair”
December 19, 2022
View 6 Comments 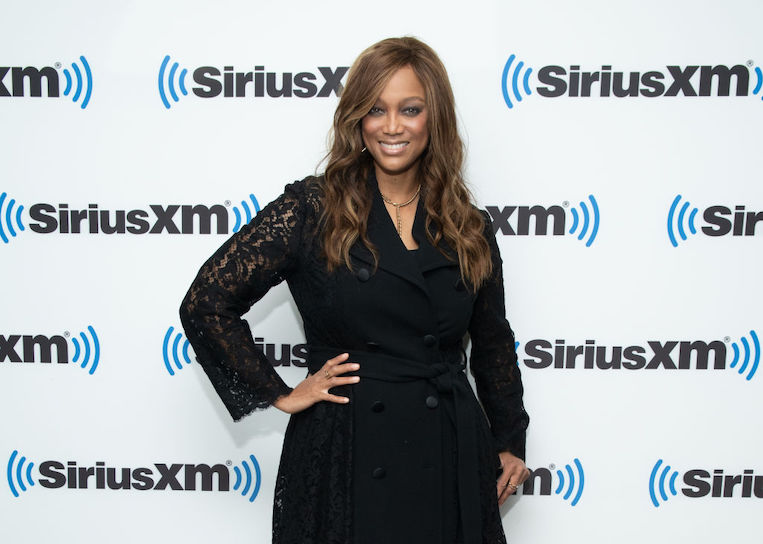 Tyra Banks is infamous for her multiple, less-than-ideal hosting duties throughout the years which gained backlash from viewers. One such instance of Banks’ terrible hosting happened on America’s Next Top Model after a contestant’s elimination. The resurfaced video sparked more backlash and caused Banks to trend on Twitter once again.

As the executive producer and host for the popular competition show, Banks‘ has gained her fair share of controversy. Everyone who watched the show America’s Next Top Model took note of the host’s insensitive nature towards aspiring catwalk stars.

Clips from the 2006 season of the show resurfaced online and fans are once again reminded of Banks’ terrible hosting remarks. Brooke Miller was a contestant on the show at the time, who got eliminated on the day of her high school graduation. Banks’ gained more haters due to her offhand remark while Miller said goodbye to her fellow contestants.

“Oh Brooke one thing I heard you say, you said that you could be at graduation right now and there’s a lot of girls graduating and they’re walking,” Banks’ said. “But do you know how many of them would love to be in your place right now?”

The comment was definitely unnecessary, especially in an emotional time for the contestant, and most fans of the show agree. Miller is only one of the many who felt mistreated by the show’s host, and there are even contestants who regret ever showing up on America’s Next Top Model.

Banks’ has built up quite a reputation for being a horrible TV show host. From America’s Next Top Model to America’s Got Talent, to Dancing With The Stars, fans of these shows almost always have criticised the TV personality.

Twitter has become the main social media platform the fans use to express their collective opinions on the DWTS host. Banks has been trending on Twitter on multiple occasions, because of another insensitive remark from America’s Next Top Model. Now on the most recent topic of controversy, Banks once again received major backlash.

“Lmao all these clips resurfacing of Tyra from ANTM and she really was horrible to those girls wow,” a user commented.

In addition, fans are calling for a documentary about America’s Next Top Model.

“We need a documentary about the horrors of ANTM and Tyra Banks,” another user commented.

Similar comments are still being shared at the moment and it doesn’t seem like the host will put a stop to them anytime soon. Banks well versed in receiving criticism, but her last public apology was not well received by Twitter. Many thought Banks’ statement was insincere and constructed poorly.